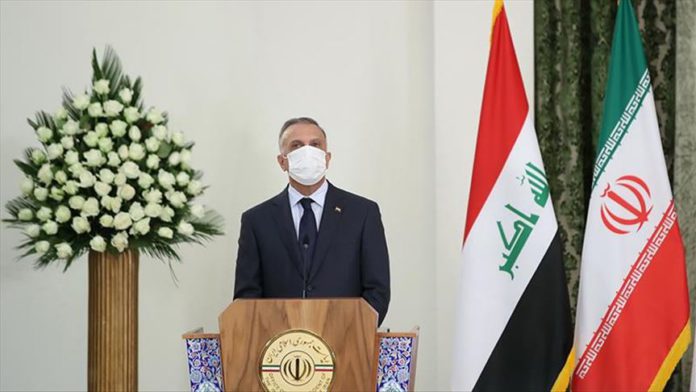 The talks dwelt on means of bolstering bilateral cooperation as well as regional developments and their impact on both Iraq and Iran, al-Kadhimi’s media office said in a statement.

Discussions also addressed the health and economic fallout from the coronavirus outbreak, the statement said.

Al-Kadhimi began an official visit to Iran on Tuesday, his first visit since he took office in April. He met with Iranian President Hassan Rouhani and Supreme Leader Ayatollah Ali Khamenei and agreed on enhancing trade exchange between the two countries.

The Iraqi premier’s visit comes amid accusations for Iran by regional and international powers of interfering in Iraq’s affairs.

Al-Kadhimi had been scheduled to visit Saudi Arabia on Monday, but his visit was postponed after King Salman was hospitalized.