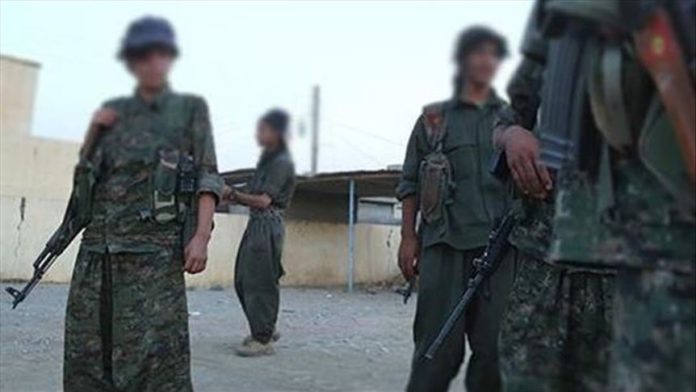 The PKK terror group in Iraq attacked Friday a martyr’s cemetery of Turkmen people in Kirkuk, north of the country’s capital Baghdad, according to a local official.

They removed the plaque of the cemetery and harmed some of the tombstones.

Saman added that the group also hanged its rags on some bridges in several Turkmen districts.

After the incident, youth branch of the ITF took the rags down and handed them to police.

The security forces launched an investigation into the incident, Saman added.

Noting that PKK terrorists try to show their presence in Kirkuk amid the Turkish Armed Forces’ recently launched anti-terror Operation Claw-Eagle in northern Iraq, he expressed concern over the Turkmen political party buildings becoming target of the terror group.

Turkey’s Operations Claw-Eagle and Claw-Tiger were launched earlier this week to ensure the safety of the Turkish people and borders by neutralizing the threat of the PKK and other terrorist groups.