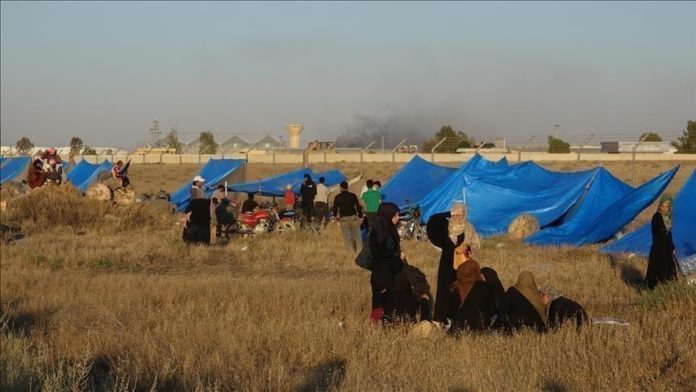 Iraq and Lithuania held talks on Sunday to discuss ways of ending the crisis of Iraqi migrants stranded on Belarusian-Lithuanian border.

“Iraq was able to return 4,000 Iraqis, who were stranded on Belarus’ border with Lithuania and Poland,” Hussein told a press conference following his talks with Landsbergis.

He said there are still some Iraqi migrants stranded on the border, without giving an exact number.

“They will be returned to Iraq voluntarily upon their approval,” he added.

Landsbergis, for his part, said Iraq was the first country to stop flights with Belarus to stop the influx of migrants on the EU border.

He said his talks in Iraq also dwelt on ways of boosting bilateral cooperation in various fields.

Since August, the EU countries bordering Belarus — Lithuania, Latvia and Poland — have reported a dramatically growing number of irregular crossings.

According to the EU, Belarus reaches out to potential travelers through seemingly official channels, including diplomatic missions and travel agencies, and invites them to Belarus by offering them visas. They are then allegedly guided to the EU border.