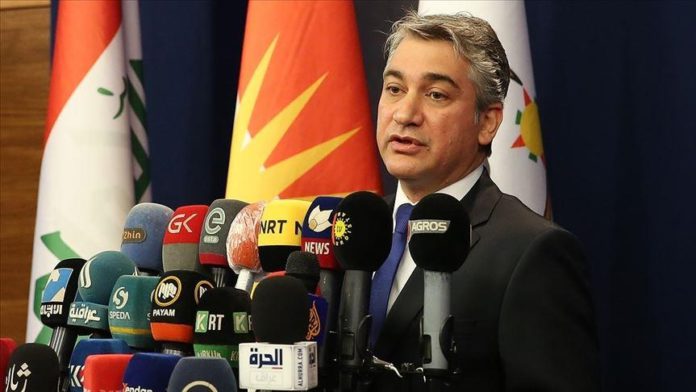 The Kurdish Regional Government (KRG) in northern Iraq said on Wednesday that it did not allow controversial proposed stamp samples to be printed that subsequently were criticized by Turkey.

He said none of the models have been approved and noted that “the design that will be approved for printing will be in accordance with the Constitution and the law.”

Turkey’s Foreign Ministry said in a statement earlier Wednesday that one of the stamps depicts a map that includes Turkish provinces, and demanded that KRG officials “immediately reverse the grave mistake.”

“Certain presumptuous authorities in KRG dared to abuse the mentioned visit to express their unrealistic aspirations against the territorial integrity of Iraq’s neighboring countries,” read the statement.

It was the first-ever papal visit to Iraq and the pontiff’s first foreign tour since the global outbreak of the coronavirus in December 2019.