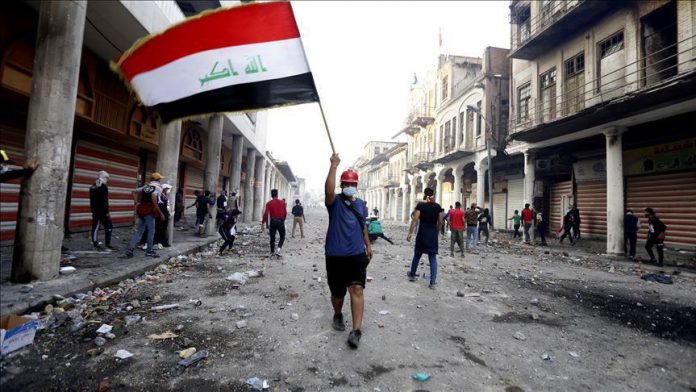 Lt. Hani al-Haydari from the Karbala police told Anadolu Agency that the demonstrators attempted to enter the assembly building for the second time last night.

He noted that people were injured as a result of a brawl while security forces were trying to prevent them from entering the building.

Concrete blocks were reportedly placed around the building to hamper the protesters.

Meanwhile, Ahmed Menfi, the governor of Musenna province, announced a three-day holiday for schools without