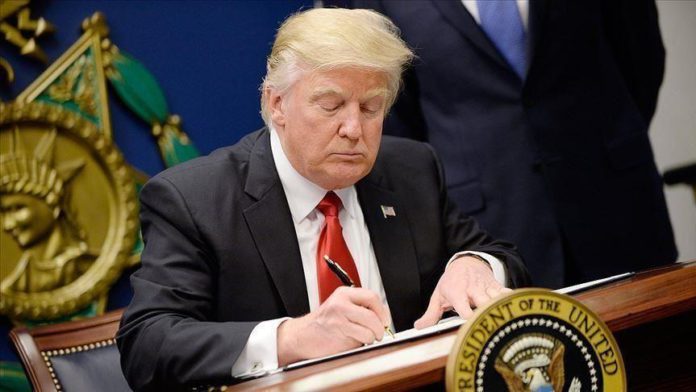 Iraq denounced Wednesday a decision by US President Donald Trump to grant clemency to four US security contractors who were convicted of killing Iraqi civilians in 2007.

“The Ministry sees that this decision didn’t take into consideration the seriousness of the committed crime and doesn’t go in line with the US announced commitment to the values of human rights, justice and rule of law.” Iraq’s Foreign Ministry said in a statement that urged the US to review the decision.

It said authorities will follow the case with the US through diplomatic channels.

The White House said late Tuesday that Trump granted clemency to 20 people, including former congressmen and the security contractors who worked for US paramilitary company Blackwater. The company has since changed its name to Academi.

Nicholas Slatten, Paul Slough, Evan Liberty and Dustin Heard were convicted of killing 14 Iraqi civilians in a crime that was condemned at international levels.

In March 2003, the US invaded Iraq and toppled the regime of Saddam Hussein.

The human cost of the US occupation was high with more than 100,000 civilian deaths along with evidence of torture and abuse in US-run prisons.