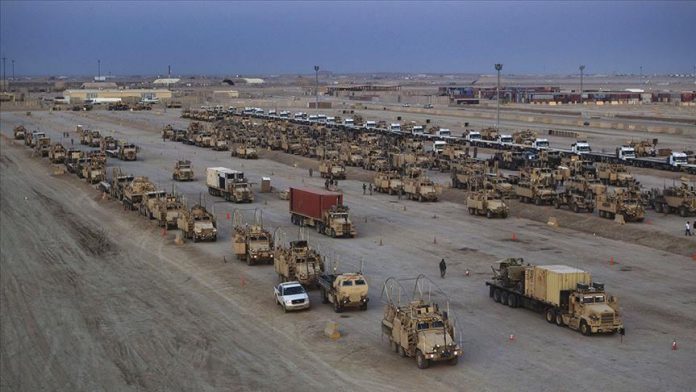 The Iraqi government on Friday demanded the U.S. set a mechanism to withdraw its forces from the country.

This came in a phone call between caretaker Prime Minister Adel Abdul-Mahdi and U.S. Secretary of State Mike Pompeo.

The two officials “discussed the recent developments and desire of various parties to avoid escalation,” the Iraqi government said in a statement.

Abdul-Mahdi asserted Iraq’s refusal to all operations that violate its sovereignty including the latest Iranian missile attack on two U.S. military bases.

He also asked the U.S. to send representatives to Iraq to set the required mechanisms to apply the

Read more: Iraq demands mechanism from US on troop pullout

Saudi Arabia planning fifth round of talks with Iran