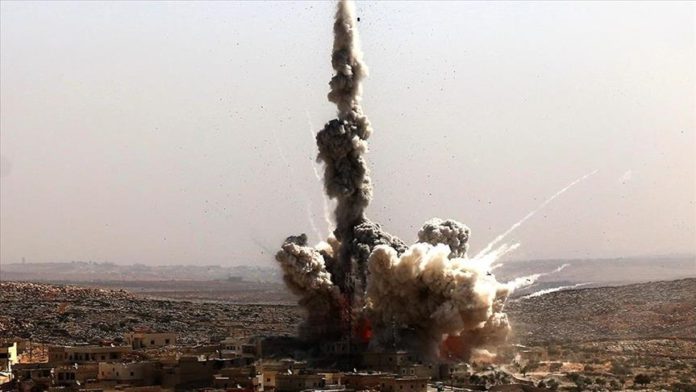 The Iraqi government on Monday expressed rejection of US airstrikes on the Hashd al-Shaabi militia on the Iraq-Syria border, saying the attacks violated Iraq’s sovereignty.

This came in a written statement by Yahya Rasul, the military spokesperson of Iraqi Prime Minister Mustafa al-Kadhimi.

“We condemn and reject the US attacks on the Iraq-Syria border last night. This is a blatant, unacceptable violation of Iraq’s sovereignty and national security under all international agreements,” he said.

Earlier Monday, the Kataib Sayyid al-Shuhada, a faction of the Hashd al-Shaabi, said that four members of the force were killed as a result of the US airstrikes. The faction threatened to go to “an open war with the American occupation.”

An Iraqi military source told Anadolu Agency that US airstrikes targeted sites where Kataib Sayyid al-Shuhada’s fighters were deployed on the Iraqi-Syrian border.

The source, who preferred not to be named as he was not authorized to speak with the media, said “the strikes caused the death of four members and the injury of three others.”