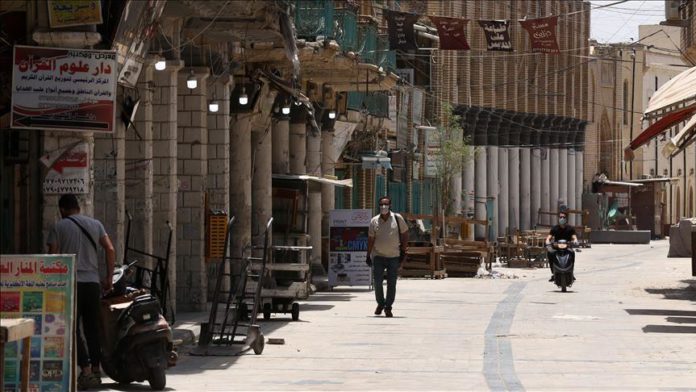 Iraq confirmed 60 fatalities from the novel coronavirus on Tuesday, bringing the death toll to 712.

The health ministry said 1,385 additional cases have been recorded, taking infections to 22,700, while the number of recoveries stands at 9,862.

In May, Iraq reimposed a nationwide curfew until June 14 due to a spike in infections.

The first curfew was imposed March 17, before easing April 21.

A total of 693 patients have recovered and the death toll stands at nine.

The pandemic has claimed more than 438,100 lives in 188 countries and regions since originating in China last December. The US, Brazil and Russia are currently the worst-hit countries.

Nearly 8.8 million cases have been reported worldwide, while almost 4 million patients have recovered, according to figures compiled by US-based Johns Hopkins University.

Merkel ‘sad and furious’ over riots in US