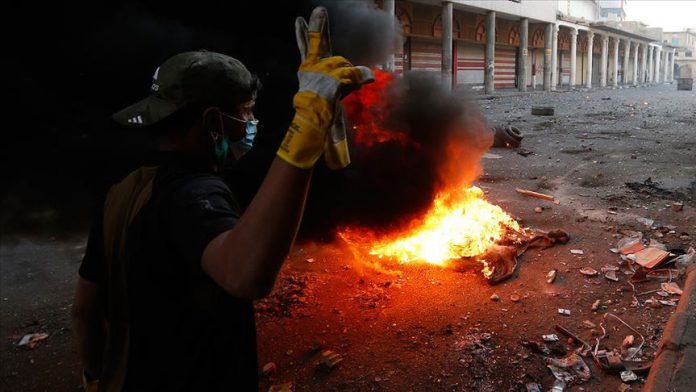 Iraq on Thursday condemned the attack on the Iranian consulate in its southern Najaf city.

“We believe that its purpose is clear; to harm the historical relations between Iraq and Iran,” the Iraqi Foreign Ministry said in a statement.

The condemnation came after protesters stormed the compound and set fire to the entire facility.