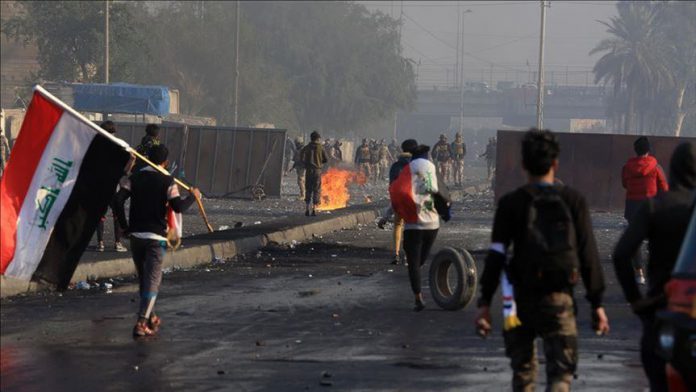 At least six Iraqis including two security personnel were killed and more than 60 injured in clashes between Iraqi security forces and protesters in the capital Baghdad, security and medical sources said on Monday.

The casualties occurred on Monday as security forces were trying to disperse protesters near the Muhammad al-Qasim Highway, central Baghdad, according to the official who asked not to be named due to restrictions on speaking to the media.

Earlier, security forces blocked the demonstrators from advancing towards the Muhammad al-Qasim Highway, to prevent the closure of this vital and important road linking Baghdad and the