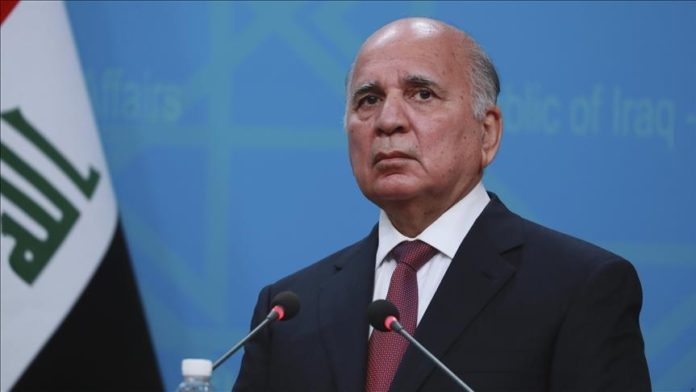 Iraqi Foreign Minister Fuad Hussein called Saturday for finding a mechanism for dialogue between influential states involved in Syria to achieve stability in the war-torn country.

This came during a press conference Hussein held in Baghdad with Arab League Secretary-General Ahmed Abul Gheit, who arrived in the Iraqi capital earlier in the day.

The top Iraqi diplomat said his talks with Abul Gheit dwelt on the Arab relations with neighboring countries, including Turkey and Iran.

“Discussions also touched on issues related to the work of the Arab League and the situation in Syria,” Hussein said.

The Iraqi minister said that instability in Syria has a negative impact on the situation in Iraq.

“It’s necessary to work together to find a mechanism for dialogue with different countries that have influence in Syria,” Hussein said, without elaborating.

Tanzania, Burundi not to get COVID-19 vaccine doses