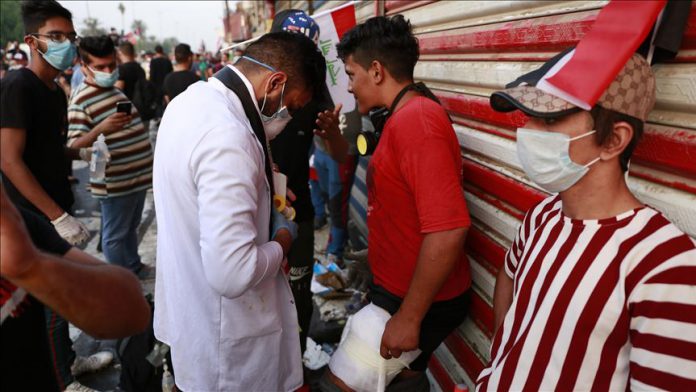 The death toll from anti-government protests in Iraq rose to 81 on Monday as security forces tried to disperse demonstrators in the capital Baghdad, according to a security source.

The source, who asked not to be named due to security concerns, said that more than 100 protesters were also injured in clashes with security personnel on Monday.