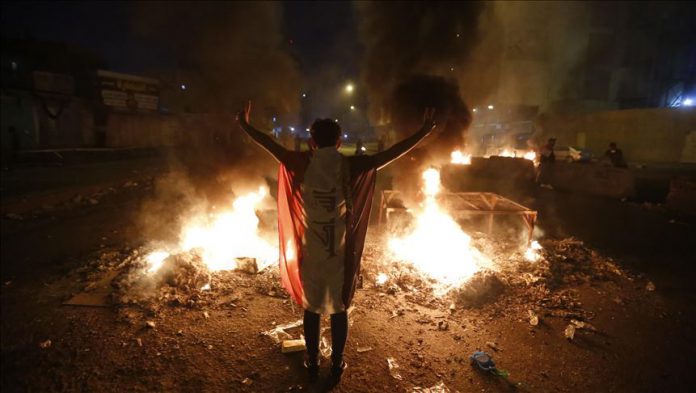 The death toll from anti-government protests throughout Iraq has reached 319 since Oct.1, according to a statement by the Iraqi High Commission for Human Rights on Sunday.

The commission also said 15,000 people were wounded during the demonstrations in the country.

Amid the demonstrations that left scores dead, Amnesty International has called on Iraqi authorities to rein in the security forces.

On Sunday, the Iraqi government said in a statement posted on the presidential website that it rejected any military intervention against the peaceful demonstrators.