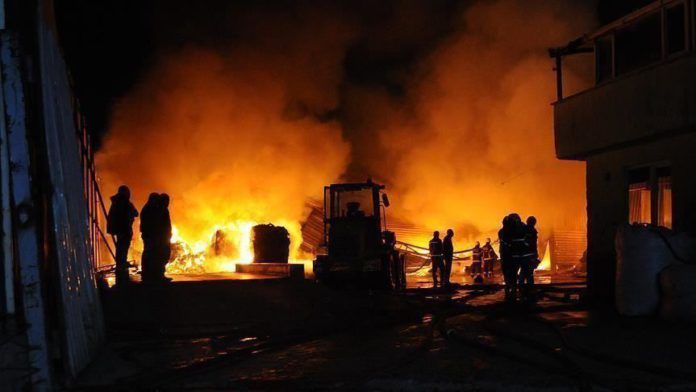 At least 3,000 civilians were evacuated from 600 homes as a massive fire broke out in Iraq’s southern Karbala province on Thursday, an authority said.

“The Civil Defense teams made strenuous efforts for eight consecutive hours in order to evacuate 3,000 citizens from the Ain Tamr area in Karbala province, after they had surrounded 600 houses,” the Civil Defense Directorate said in a statement.

The Civil Defense Directorate attributed the flames’ spread to the wind which made it hard to control it in the beginning, requiring backup of firefighters from Najaf and Babil provinces.

Last month, the Iraqi Civil Defense Directorate announced that more than 100,000 donums [250 million square meters] of agricultural crops were burnt in the central, northern and southern provinces during the period from April 21 to May 22.

Farmers, for their part, accuse ISIS/Daesh terrorists and unidentified groups of setting fire to wheat and barley fields during the harvest to prevent the country from reaching a stage of self-sufficiency.