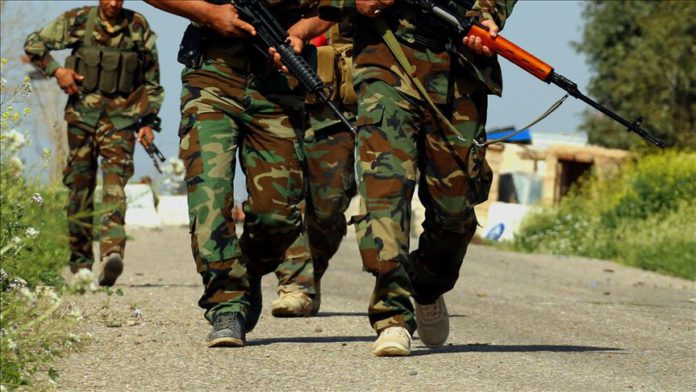 At least 10 Hashd al-Shaabi paramilitary fighters were killed Saturday in a terror attack by the Daesh/ISIS terror group in Iraq.

The terror group attacked Salahuddin province’s Mikeishifa and Balad regions, according to Hashd al-Shaabi, who said the injured were referred to local hospitals.

A predominantly Shia fighting force, Iraq’s Hashd al-Shaabi was formed in 2014 to fight the terror group.

It was formally incorporated in 2017 into the Iraqi army and later that year officials in Baghdad declared the military presence of Daesh/ISIS in Iraq was all but destroyed.

But Daesh/ISIS terrorists still have a presence in rural areas of Anbar, Diyala, Kirkuk, Salahuddin, and Mosul.

The army continues to carry out frequent operations against the terror group’s lingering presence in parts of the country.