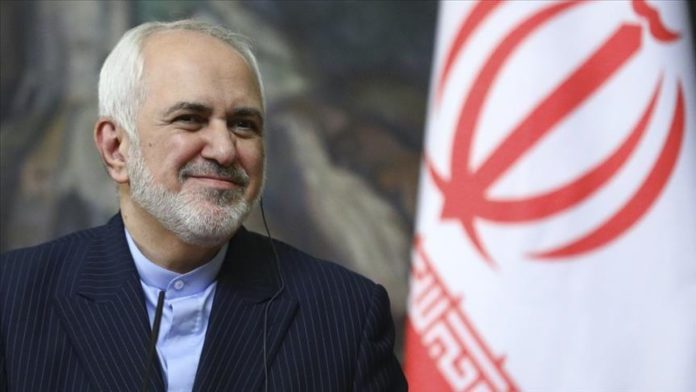 Iran’s Foreign Minister Javad Zarif warned Wednesday that the “window of opportunity” for the United States was “fast closing”, calling on Washington to end its “fruitless hostility” with Tehran.

Speaking on the sidelines of the 42nd anniversary of the 1979 Iranian revolution, Zarif expressed hope that the new US administration would take a “new approach” towards Iran.

“The existing window is closing,” Zarif said, referring to the Iranian parliament’s deadline of Feb. 21 for Washington to return to the joint comprehensive plan of action (JCPOA), also known as the Iran nuclear deal.

He said Tehran would be forced to take the next step in scaling back its commitments under the 2015 accord, accusing both the US and Europeans of “non-compliance”.

The next step, Zarif said, would include reducing cooperation with the UN nuclear watchdog IAEA and acceleration of the nuclear program, in line with a law recently passed by the parliament.

“This can only be avoided if the United States decides to learn from (Donald) Trump’s maximum defeat, rather than leaning towards it,” Zarif said.

Addressing countries in the region, Iran’s top diplomat said they must “not rely on foreigners” for security, an oblique reference to Arab states that recently normalized relations with Israel.

Earlier on Wednesday, President Hassan Rouhani, in his televised address to the nation, invoked “US economic terrorism”, saying Iran has “defeated it”.

The deadlock between Tehran and Washington continues over reviving the 2015 nuclear accord, with both sides expecting each other to make the first move.

Iran’s UN envoy Majid Takht-Ravanchi on Wednesday said Iranians “do not trust” the US, saying Washington must begin to fulfil its obligations “to gain the trust of Iranians”.

Libya pushes back at Macron's remarks on Turkey