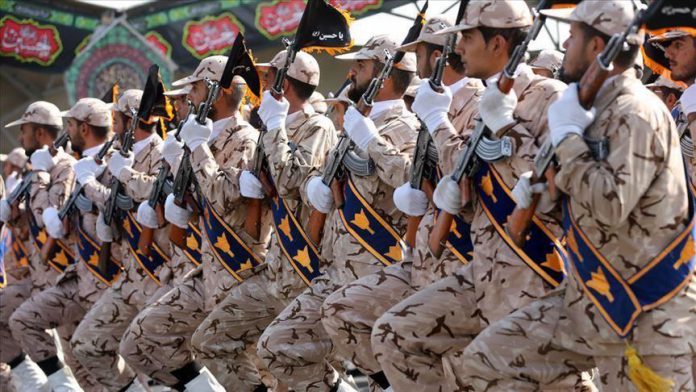 Iran’s top security body has vowed “harsh retaliation” to the killing of military commander Qasem Soleimani in a U.S. drone airstrike in Iraq.

“The regime of the United States will be responsible for all the consequences of this criminal adventurism,” Iran’s Supreme National Security Council (SNSC) said in a statement following an emergency meeting late Friday.

“The U.S. should know that the criminal attack against Gen. Soleimani was its biggest strategic mistake in West Asia and it will not easily get away with the consequences of this miscalculation,” it said.

Soleimani, the leader of Iran’s Revolutionary Guards’ Quds Force, was killed along with his close aide Abu Mahdi al-Muhandis, a senior commander of Iraq’s Hashd al-Shaabi force, when a U.S. drone struck their convoy outside Baghdad’s airport on Friday.

The Iranian general’s killing marked a dramatic escalation in tensions between the U.S. and Iran, which have often been at a fever pitch since President Donald Trump chose in 2018 to unilaterally withdraw Washington from a nuclear pact world powers struck with Tehran.

The Pentagon accused Soleimani of plotting an attack on the U.S. Embassy compound in Baghdad, and planning to carry out additional attacks on U.S. diplomats and service members in Iraq and the region.

Observers believe that the Iranian threats of retaliation may not necessarily mean a direct military confrontation with Washington.

“The possibility of a direct, all-out military confrontation looks very improbable at the moment because Iran will not start the war and the U.S. knows the heavy price it will pay if it pulls the trigger first,” Farhad Abdollahi, a security analyst and writer, told Anadolu Agency.

He, however, said the possibility of attacks by Iran and its allies on U.S. soldiers and facilities in the region was still high.

“America has many bases and vessels in the region, which are well within the reach of Iran, and Washington has troops in many regional countries that are at the mercy of Iran now,” Abdollahi said.

According to sources in Iraq, Iran-backed Hashd al-Shaabi force is also contemplating its next move to seek revenge for Soleimani’s killing.

Following Soleimani’s killing, firebrand Iraqi cleric Muqtada al-Sadr ordered his militia to get ready to “defend Iraq” and to “out U.S forces” from the country, which observers believe would make the continued presence of U.S. troops in Iraq virtually unsustainable.

“It should be a cause of grave concern for Trump the way he has exposed every footprint of the U.S. in the region, especially in Iraq, to potential Iranian attack,” Mahmoud Fattahi, a strategic affairs analyst, said.

Unlike the popularity of his predecessor, Gen. Qaani is a low-profile commander who has until now been in the shadow of Soleimani.

The 62-year-old commander served as the deputy of Soleimani since 1997. Known for his strong opposition to the U.S. policies in the region, he has often issued strong statements against Washington.

In 2017, Qaani was quoted saying that U.S. President Donald Trump’s threats against Iran will damage America. “We have buried many… like Trump and know how to fight America,” he said.