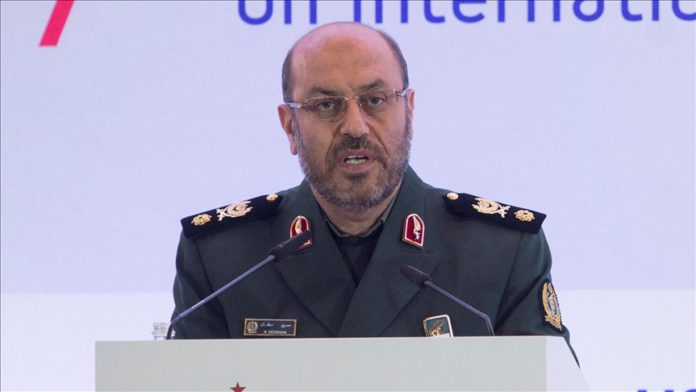 The race for 2021 Iran presidential election has kicked off with a leading military figure — who previously served as the country’s defense minister — officially announcing his bid for the top political office.

Brig. Gen. Hossein Dehghan’s name had been doing rounds for many months as a probable contender for the presidency and he finally made it official on Tuesday.

Dehghan, 64, who presently serves as the top military adviser to Iran’s Supreme Leader Ali Khamenei, is believed to have the backing of the latter as well as the support of revolutionary guards (IRGC).

Iran will go to polls on June 18 next year to elect a new government as incumbent President Hassan Rouhani’s reformist government completes its two terms.

Rouhani’s government has been under severe pressure at home since the US’s withdrawal from the nuclear deal in 2017, followed by re-imposition of sanctions.

It was clear that the wind is blowing in favor of conservatives after they swept the parliament elections earlier this year with an overwhelming majority.

Although the transition of power from Republicans to Democrats in the US has rekindled hopes of the new US administration’s return to the 2015 nuclear accord, conservatives in Iran seem to be in the driver’s seat at the moment with presidential election barely six months away.

In a televised interview on Tuesday, Dehghan said he does not subscribe to either of the two political currents in the country and seeks to “advance the goals and interests” of the country.

The key words in his brief presentation were “national interest” and “revolution”, which indicate that he wants to take along both reformists and conservatives.

He further spoke of providing a “space for consensus, understanding, and dialogue” at the national level and a “space of dialogue from the position of power and dignity” in Iran’s foreign policy.

Dehghan, who served as the defense minister during Rouhani’s first term as president, expressed his disapproval of the government policies and spoke of providing a “new environment” and “effective administrative system”.

Besides Dehghan, the names of many other former military officials have come up as potential presidential candidates — including Baqer Qalibaf, Parvez Fattah, Mohsen Rezai, and Saeed Mohammad.

However, sources said Dehghan is likely to have the backing of the supreme leader and many top conservative political figures in his race for the presidency.

Having served in the IRGC in senior positions early in his career, Dehghan held top government positions under both former President Mahmoud Ahmedinejad, and incumbent President Rouhani.

But experts say the success of election would depend largely on the country’s top constitutional vetting body Guardian Council’s policies in approving the credentials of candidates.

It could also have a bearing on people’s participation in the election. The parliament election earlier this year had seen record low voter turnout after many candidates were rejected.

Emir of Kuwait dies at 91