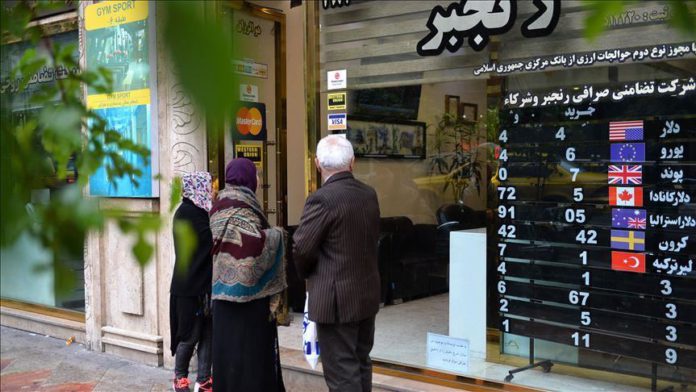 As tensions between Iran and the US escalate, Iran’s currency rial continues to lose its value against major currencies, including the US dollar, in Tehran’s unofficial market.

On Wednesday, a day after the two sides had a showdown in the UN General Assembly (UNGA), Iran’s currency plunged to a record low as the US dollar rallied against the rial.

Building on earlier gains, the US dollar traded at 280,000 rials in Tehran’s open market on Wednesday afternoon, according to website Bonbast.com that tracks the free market.

Iran’s currency has lost more than 30% of its value against the US dollar since June, market analysts said. Wednesday’s rate is the lowest-ever record for rial.

In 2015, when Iran and the US signed the historic nuclear deal, the rial traded at about 35,000. The slide started after US President Donald Trump announced exit from the deal in May 2018, followed by reimposition of sanctions.

In the last five years, Iran’s currency has seen over 500% loss in value against the US dollar, with dramatic falls and brief recoveries.

The latest fall in rial’s value came amid escalating tensions between Tehran and Washington, as the US government moved to reinstate all UN sanctions on Iran, despite Iran’s rejection.

The crisis in forex market has been compounded by rising inflation and dwindling GDP rate, which has resulted in economic difficulties for people.

Speaking at a Cabinet meeting on Wednesday, Iran’s President Hassan Rouhani said the US government has launched an “economic war” against Iran.

In June, Rouhani had termed the free-fall of rial as the “psychological warfare against Iran” aimed to create “anxiety in people”.

“Big holes in the government budget, vanishing forex earnings and the unending demand for hard currency from businesses and people have created this disturbing situation,” he told Anadolu Agency.

He hastened to add that the “US economic war” has further pushed the rial into a “deep coma”.

Sabooni is not hopeful of any immediate relief. “So far there is nothing to indicate things will get better,” he opined. “History is a great teacher.”