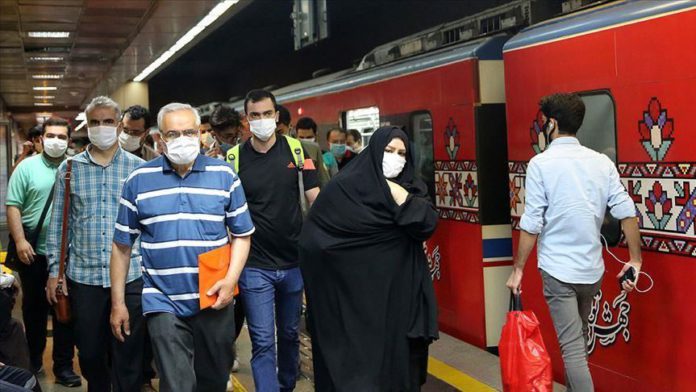 The coronavirus figures announced by the Iranian authorities are one-twentieth of the real numbers, a member of an anti-virus taskforce said Monday.

“There was no transparent flow of information regarding the numbers. Authorities announce official numbers by considering political and security concerns”, Mohammad Reza Mahboubfar told the Iranian Jahanesanat news website.

Mahboubfar said despite all the warnings, President Hassan Rouhani’s statement that the mourning ceremonies of Ashura will be celebrated with enthusiasm revealed serious disagreements between the taskforce members and the government.

Despite an upsurge in infections, Rouhani has allowed holding gatherings of mourners during Muharram, the first month of the Islamic calendar.

Believers commemorate the martyrdom of Imam Hussein, the grandson of the Prophet Muhammad, during this month.

Criticizing government’s easing of COVID-19 restrictions due to economic concerns, Mahboubfar said Iran may face a new more deadly wave in autumn if strict measures are not taken across the country.

Iran is struggling to contain the pandemic since February when the first cases were confirmed in the holy city of Qom.

Restrictions aimed at stemming the outbreak were gradually eased amid concerns over the economy, which is already under immense pressure due to US sanctions imposed after Washington exited the landmark 2015 nuclear deal Tehran signed with six world powers.

The virus has infected nearly 20 million people in at least 188 countries and regions since last December, according to the latest figures by US-based Johns Hopkins University.

Iraq's Kurdish region to hand over oil to Baghdad