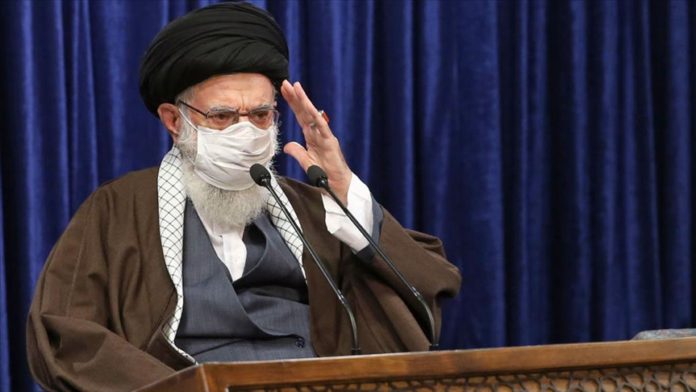 Iran’s Supreme Leader Ali Khamenei made his first public appearance on Wednesday after weeks of speculations regarding his health, using the occasion to warn his government against trusting the United States.

Speaking in a meeting with organizers of an event to commemorate the first anniversary of the killing of IRGC commander Qassem Soleimani, Khamenei said US hostilities would continue.

His appearance came days after rumors about Khamenei abdicating his position in favor of his son on health grounds circulated in the media. The reports were vehemently denied by his close aides.

In an apparent message to the Hassan Rouhani government, Khamenei said the focus should be on “neutralizing” the effects of US sanctions, rather than lifting them, a policy that has not worked in four years.

Khamenei’s remarks came the day Rouhani said the door was open for negotiations with the new US administration of Joe Biden.

In an oblique reference to recent war of words between government officials and senior lawmakers over a plan to counter sanctions, Khamenei said differences should be resolved through talks.

“Are you not saying that we should negotiate with the world, so is it not possible to negotiate and resolve disputes among each other,” he noted.

He repeated his calls for the “ouster of the US from the region” and said the killing of Soleimani would be avenged.

Soleimani was killed in a US drone attack in the Iraqi capital Baghdad in January this year.