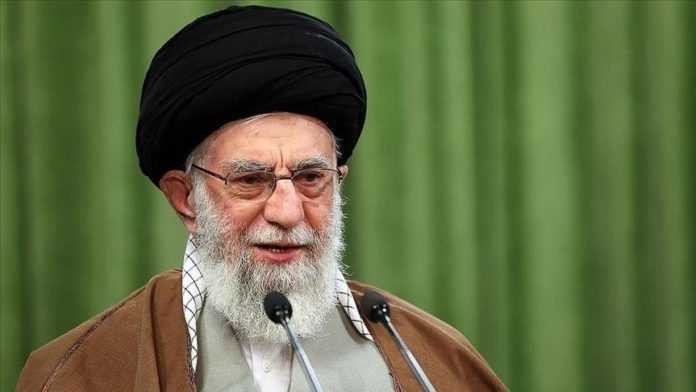 COV-Iran Barekat​​​​​​​, the first Iranian vaccine unveiled last December, has been developed by Shifa Pharmed, which is run by the Headquarters for Executing the Order of Imam, a state-owned enterprise.

Its production began in March, followed by clinical trials in late April across the country. The vaccine recently got a license, and its mass production is ongoing.

In his remarks after getting the first dose, Khamenei said he was “not willing” to receive a foreign vaccine, so he “waited for an Iran-made vaccine.”

He said there was “nothing wrong” in using non-Iranian vaccines, but insisted on “respecting” the locally-produced ones.

On Thursday, Dr. Alireza Marandi, his personal medic and head of Iran’s Academy of Medical Sciences, said Khamenei “insists on receiving an Iranian vaccine,” which, according to him, has “high efficacy.”

According to officials, one million doses of COV-Iran Barekat​​​​​​​ were produced in May, followed by three million this month, and 10-12 million by July.

People above the age of 80 have already been vaccinated, mostly with foreign vaccines.

Iran, which has recovered from the fourth wave of the pandemic, has so far recorded 3.14 million COVID-19 infections and 83,473 related deaths.