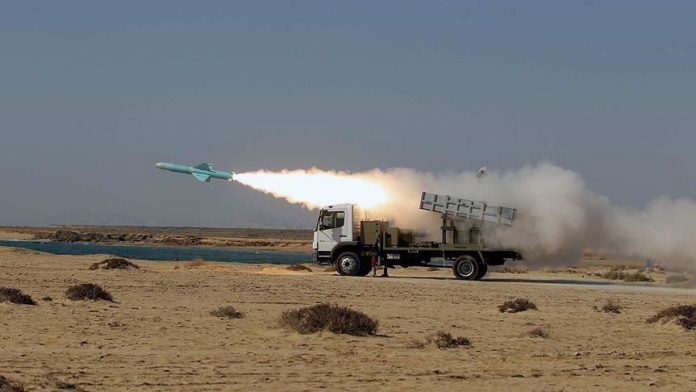 Amid heightened tensions with the US, Iran’s elite Revolutionary Guards (IRGC) on Tuesday kicked off large-scale military drills in the Persian Gulf off the strategic Strait of Hormuz.

The military exercise, code-named “Payambar e Azam 14”, is the largest of its kind in the region where Tehran and Washington have been on a collision course recently.

The drills will be monitored by Iran’s Nour-1 (Light-1) satellite, a multi-purpose Iranian domestic satellite that was successfully launched into space on April 22.

The units would use mock enemy targets during the drills and practice maneuvers to cut off connection lines of enemy vessels, Iran’s state-owned Press TV reported.

It further said that the combat helicopters will practice targeting enemy positions with coast-to-sea missiles.

On Monday, satellite images showed a mock-up US aircraft carrier in the Strait of Hormuz, suggesting that the IRGC would use the fake vessel as target in the military drills.

Tensions between Iran and the US have escalated in recent months, since the killing of Iranian general Qasem Soleimani in a US drone attack in Baghdad early January.

The Persian Gulf region, where both Iran and the US have presence, has seen frequent confrontations between the vessels belonging to the two countries. Iran is opposed to the presence of US vessels in the region.

The latest incident in Syria, where Iran accused the US of intercepting an Iranian passenger airliner, has further escalated tensions between the two.

The US termed the incident a “standard visual inspection”, but Iran took strong umbrage to it and vowed retaliation.