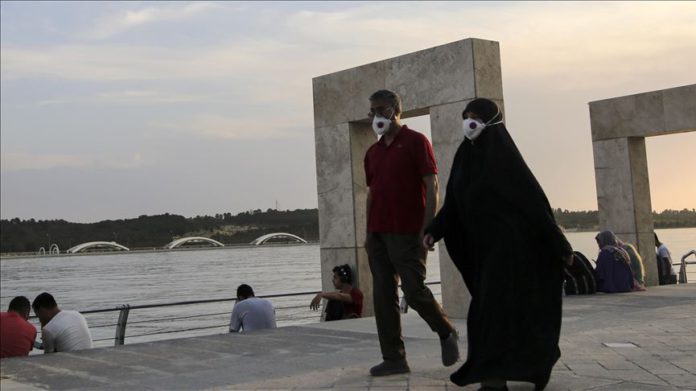 Iran on Friday confirmed 63 more fatalities from the novel coronavirus over the past 24 hours, bringing the nationwide death toll to 8,134.

Jahanpour said 129,741 patients have recovered and been discharged from hospitals so far, while 2,573 patients remain in critical condition.

Some 1.04 million tests have been conducted in the country so far, according to the spokesman.

The country continued seeing an upward trend in daily infections in many provinces, especially in the southwestern Khuzestan province.

East and West Azerbaijan, Kurdistan, Kermanshah and Hormozgan provinces are among the high-risk regions, he added.

No virus-linked deaths have been recorded in 13 of Iran’s 31 provinces in the past day, while five provinces saw one death each, he added.

The country’s daily number of COVID-19 cases dropped to around 800 in early May, but daily figures show an upward trend in recent days after authorities took measures to ease restrictions.

Despite the rising number of cases, government employees have resumed work, and mosques reopened across the Middle Eastern country.