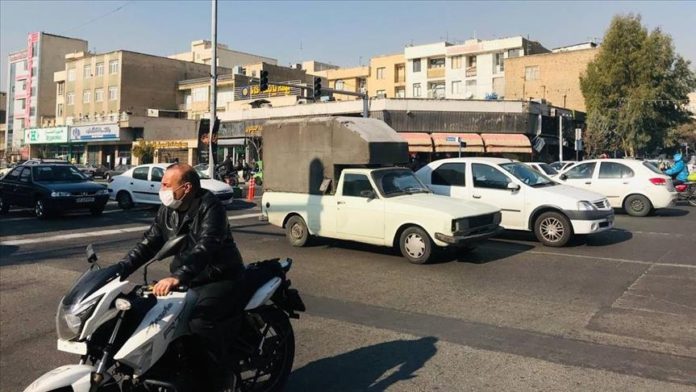 Iranians are skeptical of their domestic COVID-19 vaccine for which human trials are ongoing.

Iran began on Tuesday the first phase of human trials on its homegrown coronavirus vaccine, COVIran Barekat, a week after the registration process for volunteers was announced.

The vaccine was administrated to three volunteers, in the presence of senior officials, including Vice-President for Science and Technology Sorena Sattari and Health Minister Saeed Namaki.

According to officials, the human trials on the vaccine will be conducted in two phases.

While the Iranian government initiatives on vaccination continue inside and outside, the public is confused.

While some say they do not trust the domestic vaccine, others are concerned that it would be sold to people at high prices.

Peyman Ferahani, a resident of Tehran, told Anadolu Agency he is not in favor of getting the local vaccine.

“I do not trust the vaccine produced in Iran in any way. Because I think we haven’t reached the level to develop a vaccine in terms of medical science.”

Another Iranian, Behmen Beyabani said he considers it a weak possibility that Iran will be able to develop an effective vaccine.

He too is worried about the high price the vaccine will be sold for.

Sasan Serabadi, who beat the virus two months ago in Tehran, also said that he does not trust the vaccine and does not want to receive it.

On the other hand, Hasan Keyhani said: “We should not buy [vaccines] from abroad. We can produce it ourselves. Iran would do this better, we do not need to buy it from outside.”

Last week, Iran’s Central Bank chief Abdolnaser Hemmati said an initial agreement to transfer money for purchasing the vaccine has been made after overcoming hurdles due to US sanctions.

Iran’s top banker said the bank has allocated €200 million to purchase the vaccine at this stage and is willing to allocate more resources later.

On Monday, Iranian President Hassan Rouhani said the country was first looking at domestic production of the vaccine then on cooperating with other countries to produce the vaccine, and finally on purchasing it from the World Health Organization.

Iran registered a total of 55,223 deaths due to the coronavirus, while over 988,800 people have recovered from the disease. Currently, there have been over 1.2 million confirmed cases in the country.

The COVID-19 pandemic has claimed more than 1.82 million lives in 191 countries and regions since it originated in China last December.

Over 83.5 million cases have been reported worldwide, with more than 47 million recoveries, according to figures compiled by the US’ Johns Hopkins University.