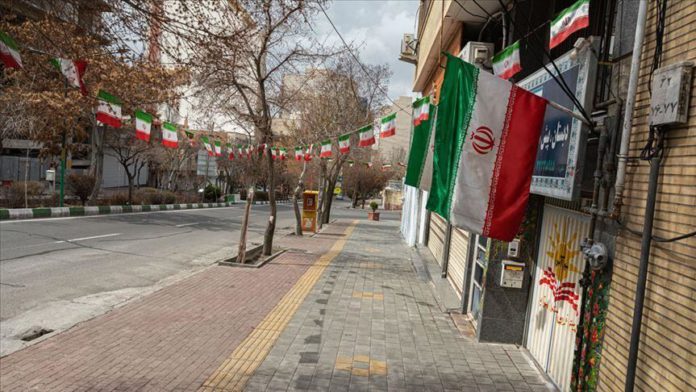 With Iran reeling under unprecedented sanctions, which have taken heavy toll on the lives of ordinary civilians, people are taking to social media to share their personal experiences.

The hashtag #SanctionsStory has taken the Iranian cyberspace by storm in last few days, as people from different spheres of life share their personal stories of living under the sanctions.

The stories are painful and harrowing, giving a sense of human suffering in the face of crippling sanctions, despite the talk of “resistance”’ in the political corridors.

Mohammad Mirzaie, a student-activist from Tehran, told Anadolu Agency that social media has provided people in Iran platform to vent their anger and frustration over difficult living conditions.

Most stories pertain to difficulties in accessing life-saving medicine, both due to non-availability and sky-rocketing prices, which Mirzaie terms a “collective pain”.

In last few years, the US has upped the ante, imposing severe sanctions on Iran, damaging the country’s economy and affecting people’s daily lives due to low income and high expenses.

US sanctions on Iran date back to 1979 Iranian revolution, when the two countries ended their political and diplomatic ties following the takeover of the US Embassy in Tehran and the subsequent hostage crisis.

In 2015, Iran entered into a historic nuclear deal with the P5+1 (the permanent members of the UN Security Council — the US, UK, Russia, France, and China, plus Germany) along with the EU.

Under the deal, Tehran was required to suspend its nuclear program in return of sanctions relief.

However, the relief turned out to be short-lived as US President Donald Trump’s administration unilaterally withdrew from the deal in May 2018, and re-imposed sanctions on Iran.

Despite special exemptions for medical supplies under sanctions, Iran says sanctions are preventing lifesaving drugs from reaching Iran due to restrictions on banks and companies across the world.

“For me, the #SanctionsStory is summed up by insulin, which is mostly not available, or low in stock, or not distributed,” wrote one user Fatemeh Aleyasin, battling with diabetes. “For people like me, it’s more important than oxygen.”

Sayed Mohammad Marandi, a professor at Tehran University, said the four-year old daughter of one of his former students is “dying” due to “shortage of medicine”.

“Because of the illegal US regime sanctions and the economic warfare, her medicine has also become prohibitively expensive,” he wrote.

Fatemeh Shafie Sarostani, a researcher and analyst, said the analgesic dressing is not available for her friend’s daughter Yasmin, who has a cancerous mass between her ribs, causing pain.

“I asked the oncologist why a particular medicine is not available in the country, but with a hint of anger he said not to ask him,” she wrote.

Katayoon Lamezadeh, a journalist, said her cousin succumbed to cancer last week after doctors could not find the medicine that was required for her treatment.

“Had she procured the medicine and received the required treatment, she would have been with her little daughter this time, not under a pile of cold soil,” she wrote.

Mohsen Abdollahi, a university teacher and lawyer, wrote about one of his former Iranian students fighting a battle against breast cancer, with “no access to required drugs due to US sanctions”.

Mostafa Hosseini, a writer, narrated a story from his visit to a charity in central province of Isfahan, which provides services to children suffering from cleft palate syndrome.

“It was interesting to know that the dried milk bottles tailor-made for these children are also severely sanctioned,” he wrote. “As if it is enriched uranium.”

Ali Gholizadeh, a Twitter user, narrated the story of his friend’s little daughter Helna, who is suffering from diabetes and facing difficulty in accessing medicine.

“The Accu-Chek 06 pump injection set, which is used in place of insulin injection and plays a vital role in her life, has become scarce,” he wrote. “I will kiss the hand of anyone who helps in procuring this set from within or outside the country.”

Murtaza Rajaie, a seminary scholar, shared the story with picture of his 5-year old daughter Fatemeh Masoumeh, who succumbed to a fatal disease four months ago.

“This is a photo from last year, on the first day of her nursery school,” he wrote. “Exactly 116 days ago, she was snatched from us due to sanctions on medicine and we can never see her again.”

M Hadad, a Twitter user, shared the picture of her medicine for blood pressure.

“This is my pressure pill. If friends are kind enough to tell me where I can find this in Tehran,” she wrote, suggesting that the medicine was unavailable in market.

“After much difficulty, he procured the injection. But what percentage of people in critical condition can afford to pay such amount,” she wrote.

Majid Moosavi, a social media user, said he visited at least eight pharmacies in the city of Tehran in search of a medicine for his diabetic father.

“At a pharmacy in Ferdowsi Square, a customer was looking for Plavix medicine but couldn’t find it,” he wrote. “I forgot my own pain and was looking at the lady walking out of the shop in despair.”

The effect of sanctions has been felt even beyond Iran as some people pointed out.

Spinooza, a Twitter user, said she wanted to lend $300 to a friend in Iran but the bank did not allow her to do the transaction.

Salar Afshar, an Iranian studying abroad, said he wanted to invite his parents for his dissertation defense, but only his father was granted the visa.

“It felt like my mother was taken hostage so that my father returns,” he wrote. “They said sanctions have made Iranians so poor that they might not return to their country.”

Mousavi, a social media user said, his friend’s mattress producing factory with 600 employees used to import raw material from Belgium, but sanctions put an end to the business.

“That is, 600 unemployed families, 600 families dealing with hunger and poverty, 600 embarrassed parents,” he wrote.

Ali Irani, a Twitter user, said a laptop he had bought before the Eid festival now costs three-four times more. “We cannot even think about it anymore,” he wrote.

The stories have inspired thousands of people to open up about their personal experiences, with a hope that someday normalcy will return.

Elham Kadkhoaee, a lecturer at Tehran University, said the world needs to hear the voices of Iranians telling their stories of “how their lives are affected by sanctions, how children are suffering and cancer patients are dying.”

Turkey to take step to expand its industrial capacity