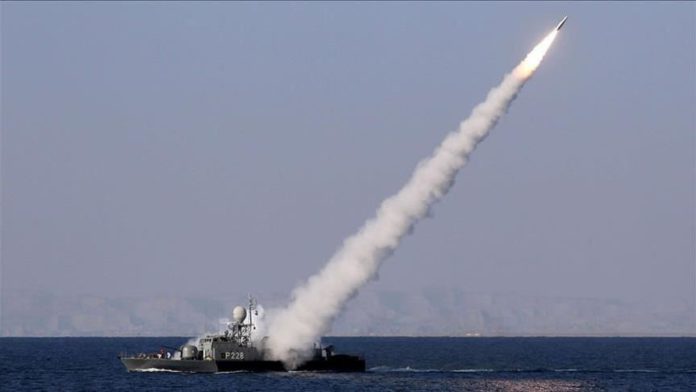 An Iranian destroyer mistakenly struck a support vessel during a naval exercise Sunday in the Persian Gulf, killing at least 19 people, according to local media on Monday.

A total of 15 other people were also injured in the incident, the official IRNA news agency said, citing the public relations department of the Iranian Naval Forces Command.

According to the reports, there were 30 to 40 crew members on board the Konarek, which had recently been added to the Iranian Navy’s fleet.

The Konarek’s commander was reportedly among the dead.

The incident came in the wake of a flurry of activity in the Persian Gulf in recent weeks, with tensions brewing between Iran and the United States.

Late last month, there was a dangerously close confrontation between US Navy vessels and Iranian Navy boats close to Iranian territorial waters in the Gulf, with Washington accusing the Iranian Navy of “harassment.”

US President Donald Trump took to Twitter, saying he had instructed the US Navy to “shoot down and destroy” Iranian gunboats if they “harass” US ships.

In response, IRGC chief Major General Hossein Salami said Iranian naval forces have been ordered to “target any US vessel or warship” in the Persian Gulf if they “harass” Iranian vessels.

On Saturday, reports emerged that a US drone had been downed in Iranian territorial waters, which later proved to be a hoax.

The latest incident came as military exercises have intensified in the Persian Gulf region, which shows the Iranian military is taking the US threats seriously.