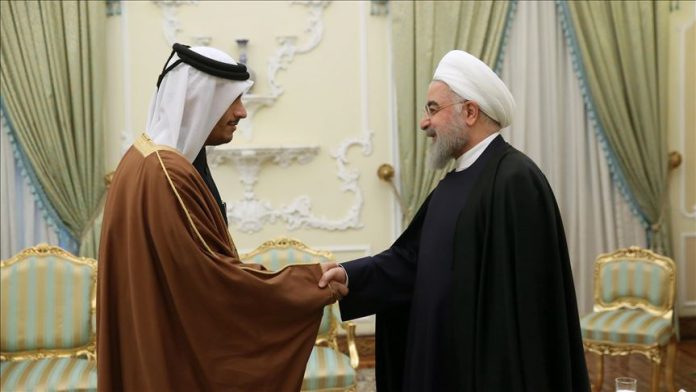 The killing of Soleimani would raise the tension in the region, Rouhani said in his statement.

He said the attack insulted the Iraqi people and was a violation of the territorial integrity of the country.

“Under current circumstances, we expect friendly and neighboring countries to explicitly condemn this murder by the U.S.

“I hope we all condemn state terror in one voice and strengthen the unity, integrity and understanding of the countries in the region like never before,” stressed Rouhani.

The U.S. military presence in the region brings destruction to the region, he said, adding that as long as the U.S. remains in the region, the countries would not be in peace.

Rouhani also said the attack made the Iranian nation stronger and more determined.

The Iranian president pointed to the Hormuz Peace Initiative, and said the countries of the region could get closer to each other around this initiative.

At the UN General Assembly meeting in early 2019, Tehran said the Hormuz Peace Initiative sought to “promote peace for all people” and “launching collective action to secure energy supplies and navigation freedom.”

Al Thani expressed his condolences and said they never thought that this event would happen and such a decision would ever be taken.

“No such similar action was taken in the past, which is why we are very uncomfortable and worried,” Al Thani said.

He added that the Hormuz Peace Initiative proposed by Rouhani could become the focus of peace and security in the region.

Soleimani was the long-time commander of Iran’s Revolutionary Guards’ Quds Force, which was designated a terror group by the U.S. The group is estimated to have 20,000 members.