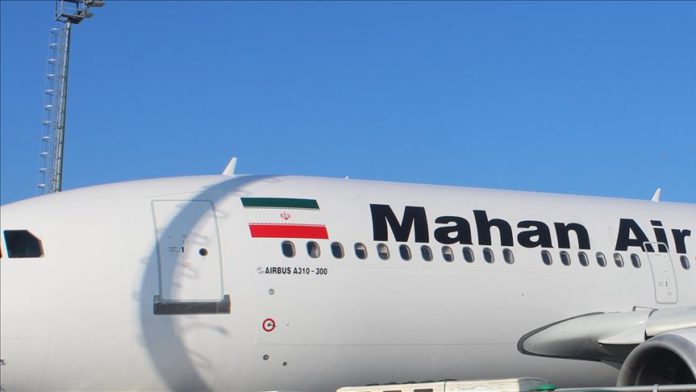 A Mahan Air commercial flight bound for Beirut from Tehran was allegedly intercepted by two Israeli fighter planes in Syrian air space late Thursday, according to reports by Iranian media.

The plane was flying close to Syria’s border with Lebanon and was “dangerously approached” by the fighter planes, forcing the pilot to descend sharply to avoid a crash, reports said.
A number of passengers were injured after the pilot abruptly lowered altitude and moved swiftly to make an emergency landing in Beirut.
Videos of the Iranian plane descending sharply after encountering the two fighter jets were circulated widely on social media.
An Iranian journalist working with state television who was inside the plane also recorded video.
A report by semi-official Tasnim News Agency said the jets that confronted the plane were most likely F-15 fighters belonging to the Israeli Air Force.
Iranian activist and researcher Hamidreza Gholamzadeh characterized maneuver as “an unacceptable violation of law, sovereignty of Syria and humanity.”

There was no immediate reaction from Iran about the incident but sources in the government said Iran will “respond strongly” to the “provocation.”