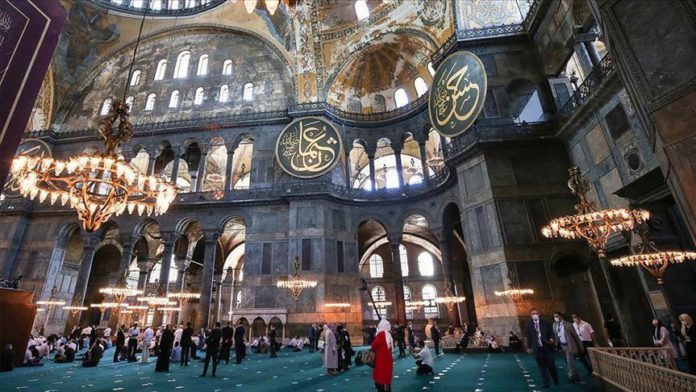 Iranian media outlets on Friday widely covered the reopening of the Hagia Sophia Mosque to Muslim worship after more than eight decades.

Iranian state television reported the landmark’s reconversion to a mosque from its 86-year status as a museum as “one of the most important events of the century.”

The official IRNA news agency used the headline “Friday prayer in Hagia Sophia after 86 years” above its report on the Hagia Sophia’s reopening.

In a separate report the semi-official Fars News Agency said: “The historical Hagia Sophia, which was converted from a museum to a mosque with a court decision and with the signature of Turkish President, is witnessing the first Friday prayers after 86 years with the participation of Recep Tayyip Erdogan.”

On July 19 a Turkish court annulled a 1934 Cabinet decree that turned Hagia Sophia into a museum, paving the way for its use as a mosque.