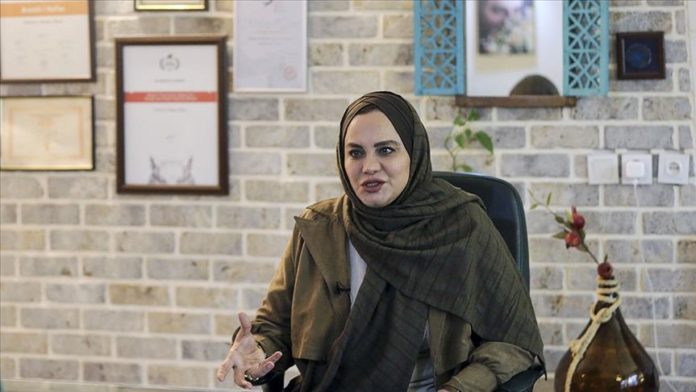 Abyar, one of the Iran’s leading directors, has made 11 short films and five feature films. She has won 17 international awards.

She praised the work of Turkish filmmaker Nuri Bilge Ceylan, who has won several awards including: Best Film and Best Director at the Cannes Film Festival.

Turkish TV series are watched all over Iran, Afghanistan, Pakistan and other neighboring countries, Abyar said.

“There are a lot of opportunities for cooperation between Turkey and Iran in the field of cinema. I think joint projects will be successful as our cultural nuances are similar,” she said.

Underlining that there are very few Turkish-Iranian co-productions in the market, she said the collaborations should increase.

“We have a lot of common experiences on refugees. There are Syrian refugees in Turkey and Afghan refugees in Iran. Drug trafficking and human-interest stories can also be covered in the joint projects,” she said.

Abyar noted that the movie Drunk on Love (Mest-i Ask), which tells the story of Mevlana Jalaluddin al-Rumi and his spiritual instructor Shams Tabrizi, is a good example in this regard.

There are actors from two different nationalities in the Turkish-Iranian co-production which was directed by the famous Iranian director Hassan Fathi.

Borsa Istanbul down at weekly open