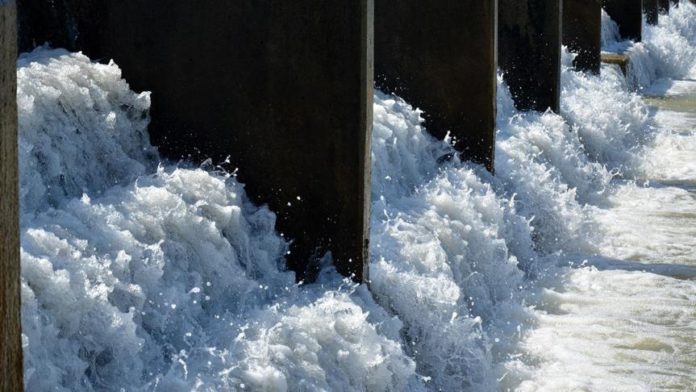 Iranian officials have welcomed a move by the Taliban to open the gates of Kamal Khan Dam on Hirmand River, allowing its water to flow into drought-hit Hamoun Lake in southeast Iran.

Since Tuesday, videos of the dam’s valves opening and water gushing in the direction of Hamoun wetlands in Iran’s Sistan-Baluchestan province have been circulated widely, bringing cheer to people and officials in Iran.

The news was confirmed on Tuesday by Iran’s deputy ambassador in Kabul, Hassan Mortazavi, who said the water was released following extensive talks between the officials of the two sides earlier this month.

The longstanding water dispute between the two neighboring countries figured prominently in their discussions.

Iranian president’s special envoy for Afghanistan, Hassan Kazemi Qommi, in a statement on Wednesday welcomed the move and appreciated Taliban authorities for “fulfilling their promise” of releasing the blocked water.

Qommi has held multiple rounds of talks in recent months with Taliban officials, both in Kabul and Tehran, in a bid to resolve the longstanding dispute over the sharing of joint water resources.

The governor of Sistan-Baluchistan, Modares Khiabani, said two gates of Kamal Khan Dam were opened on Tuesday, adding that the water will enter Iran in 72 hours.

Muttaqi, in his recent visit to Tehran, underlined the Taliban government’s “respect for international treaties, including the 1973 Afghan-Iranian Helmand River Treaty.”

It is still unclear whether the Kamal Khan Dam water has been released based on the same agreement or any new deal between the two sides.

Iran has long accused Afghanistan of restricting the flow of water from the Hirmand River, known as the Helmand River in Afghanistan, by constructing dams over it.

Hamoun is the largest freshwater lake in Iran, tied closely to the region’s biodiversity and people’s livelihood in Sistan-Baluchestan, one of the poorest provinces in Iran that has for years suffered due to drought and shoddy water management.

Iranian officials say the previous Afghan government’s decision to cut the flow of water was taken under US pressure.

After the Taliban took over Kabul in August last year, contacts between the two sides increased, and one of the points of discussion was the resolution of the water dispute.