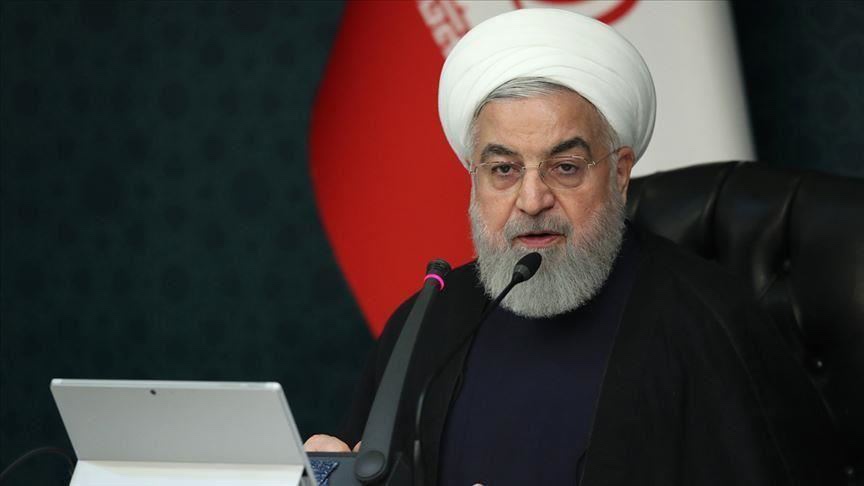 Any action by US against tankers shipment to Venezuela will ‘trigger a harsh response,’ says Iranian President Rouhani

Iranian President Hassan Rouhani said Saturday that intervention by the US against Iranian oil tankers sent to Venezuela will be met with retaliation.

“Any ‘pirate-like’ action by the US Navy against the Iranian fuel shipments to Venezuela would trigger a harsh response,” said Rouhani, according to Iran’s Nour News Agency.

The Iranian leader said Tehran does not want conflict, but will not stand idle in the face of threats to its national sovereignty and territorial integrity.

“We hope Americans won’t make any mistakes,” he said.

Before making those comments, Rouhani spoke with Qatar’s Emir Shaikh Tamim bin Hamed al Thani, according to a written statement from the Iranian presidential office.

The two men discussed bilateral cooperation and the need to strengthen them.

Al-Thani stressed the importance of cooperation among countries in the region. “As countries of the region, we need to collaborate in safety of our waterways. We are against conflict, and will do everything in our power to reduce tension,” he said.

He said economic relations with Iran is important for Qatar.

Four other tankers, “Forest”, “Faxon”, “Petunia” and “Clavel” will follow in coming days and each will carry 1,500 barrels of oil.

Venezuela has one of the biggest oil reserves in the world but it cannot properly use its oil refineries because of sanctions and it struggles to sell the oil it produces.

Venezuelan defense ministry said Wednesday that military planes will escort the tankers carrying the much-needed fuel to the Latin American nation in defiance of US sanctions against both nations’ oil exports.

The shipments were dispatched on the request of Venezuelan President Nicolas Maduro.

The tankers embarked on the long journey to Venezuela from Iran’s coastal city of Bandar Abbas in the Persian Gulf region and traveled around the Arabian Peninsula through the Suez Canal before entering the Mediterranean Sea, according to data gathered from the ship’s Automatic Identification System (AIS), which helps in tracking the movement of vessels.

Networking between Tehran and Caracas, however, has not gone well because Washington reportedly deployed a fleet of warships to Caribbean waters.

A senior official in Washington said last week that the US was considering measures in response to Iran’s shipment to Venezuela.

The Iranian Foreign Ministry warned the US against what Tehran characterized as “foolish action” against Iranian oil tankers and stressed there are no legal restrictions to trade between Iran and Venezuela.

Iran’s Foreign Minister Javad Zarif also sent a letter to the UN chief describing the US’ warnings as “illegal, dangerous and provocative threats” and said any action would be deemed “piracy” and a “great threat” to international peace and security.