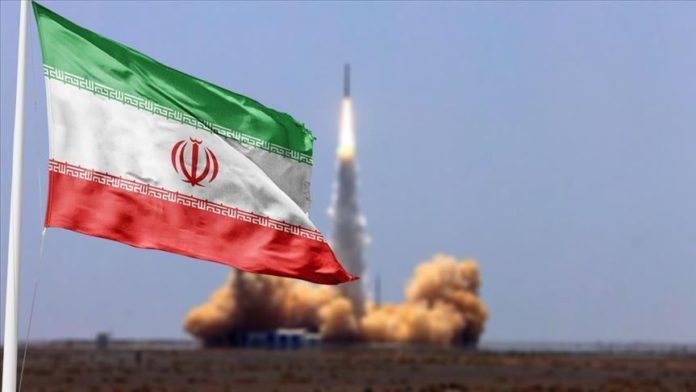 The issue of UN arms embargo on Iran is increasingly becoming a new bone of contention between Tehran and Washington, with latter vigorously seeking its extension and former warning against it.

In recent weeks, with calls growing in the US for extension of the 13-year embargo on Iran, which expires on Oct. 18, top Iranian officials have warned of “serious consequences”.

US Secretary of State Mike Pompeo, in an interview on Sunday, said the US government will introduce a UN Security Council resolution in “next handful of days” to prevent the embargo from expiring.

“It will allow the Chinese and the Russians to sell weapons systems to Iran and then allow Iran to sell those weapons systems and other arms around the world as well,” he warned.

Iranian officials say the move will be in violation of the provisions of the joint comprehensive plan of action (JCPOA), also known as Iran nuclear deal, negotiated between Iran and P5+1 countries — the US, UK, France, China, Russia, and Germany — in 2015.

Mahmoud Vaezi, Iranian president’s chief of staff, said the attempt by US officials to “impose their will” upon the UN Security Council members to extend arms embargo on Iran violates the “most basic rules approved by the international community” and is an “insult to its independence of opinion and political will.”

Vaezi, who is considered the most trusted aide of Hasan Rouhani, said lifting the arms embargo on Iran is one of the main obligations of the JCPOA, “without which it will not continue”.

Earlier, the US government had warned that if the embargo on Iran was lifted, the US would invoke a provision of the JCPOA to reimpose all UN sanctions against Iran.

Iran, however, maintains that the US is “incapable” of triggering snapback, since it failed to meet the obligations under the UN Security Council Resolution 2231 withdrawing from the JCPOA in May 2018.

The issue has dominated the proceedings of Iran’s newly-elected parliament dominated by conservative lawmakers. There have even been calls for leaving the Non Proliferation Treaty (NPT).

Recently, 240 Iranian lawmakers called on the government to end voluntary implementation of Additional Protocol and disallow IAEA’s online inspection of its nuclear sites.

It was in reaction to a resolution by the IAEA, calling on Iran to “fully cooperate with the IAEA in implementing its NPT Safeguards Agreement and Additional Protocol.”

Iranian parliament’s head of foreign policy commission Mojtaba Zonnour called on the Rouhani government to “announce measures” it intends to take if the arms embargo is extended.

“The administration should not react from a position of hesitancy,” Zonnour was quoted in local media, adding that any “aggressive action” by the US should be pre-empted.

Iran’s Foreign Ministry spokesman Sayed Abbas Mouavi told media last week that the US was “pressuring” the UNSC permanent and non-permanent members to back the embargo’s extension.

He said Iran informed all members of the UN Security Council that the move by the US to seek extension of the arms embargo on Iran would be “unacceptable”.

Trump administration pulled out of the JCPOA, which was negotiated by Trump’s predecessor, in May 2018 and reinstated sanctions that led to escalation of tensions between the countries.

Since May 2019, Iran has gradually scaled back its commitments to the nuclear deal, increasing its nuclear enrichment. The move has been criticized by international watchdogs.

Turkey quarantines 288 expats from US