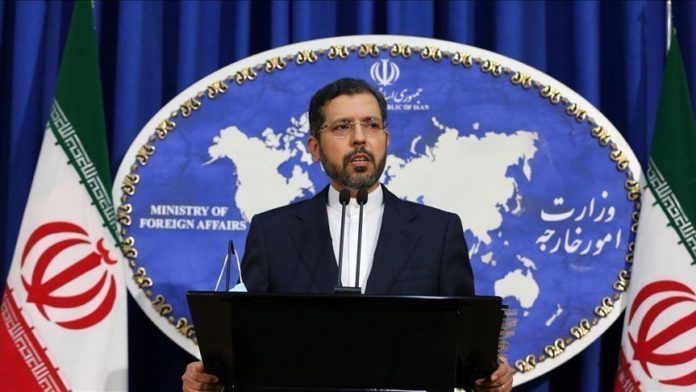 Long-time adversaries Iran and Israel are again on the warpath over last week’s attack on an Israeli-operated oil tanker off the coast of Oman, which Tel Aviv blamed on Tehran.

The Iranian Foreign Ministry, which has firmly denied responsibility for the attack, vowed on Monday to respond “promptly and strongly” in case of military action from Israel.

It comes after top Israeli officials warned of a “stern response” to the attack, which claimed two lives. The US and UK, the two close Israeli allies, have also pointed fingers at Tehran and called for a “response”.

“Iran has no hesitation in protecting its security and national interests and will respond promptly and strongly to any possible adventure,” ministry spokesperson Saeed Khatibzadeh said.

Khatibzadeh termed the allegations leveled by the US and UK against Iran as “contradictory, false and provocative”, calling it “deeply regrettable”.

He further said that Iran was a “defender of safe shipping in the Persian Gulf and international waters” and has been “always ready to cooperate in providing maritime security to countries in the region.”

Pertinently, British Foreign Secretary Dominic Raab on Sunday said the attack was “deliberate, targeted, and a clear violation of international law”, accusing Iran of carrying it out with one or more drones.

Following Raab’s remarks, US Secretary of State Antony Blinken also put Iran in the dock, saying in a statement that he was “confident” that it was done by Iran “using one-way explosive UAVs”.

Blinken said Washington was “working with partners” on an “appropriate response” to the attack.

There have also been reports in the Israeli media suggesting that Washington and London have given a “green signal” to Tel Aviv to carry out a “response” to the attack.

Reports said Israeli government officials are currently discussing how and when to respond, with possibilities that an Iranian port or a military ship could be targeted.

The incident came days ahead of the power transition in Iran, with Hassan Rouhani-led reformist government ending its 8-year innings in power, and former judiciary chief and top conservative Ebrahim Raeisi set to take over as the new president.

Meanwhile, a news agency affiliated with Iran’s top security body, quoted a senior official saying that the comments by Blinken and Raab were “anti-Iran gasconade” while adding that any action against Iran’s national security and national interests would “face a decisive response.”

On Sunday, Iran’s Foreign Ministry termed the Israeli accusations as “childish”, which they said were “influenced by the Zionist lobby in the United States.”

Iranian and Israeli ships have come under attack in the Persian Gulf waters in recent months, with both accusing each other.

However, Thursday’s attack on Mercer Street, a Liberian-flagged, Japanese-owned and Israeli-operated tanker, has been described as the worst attack in several months.