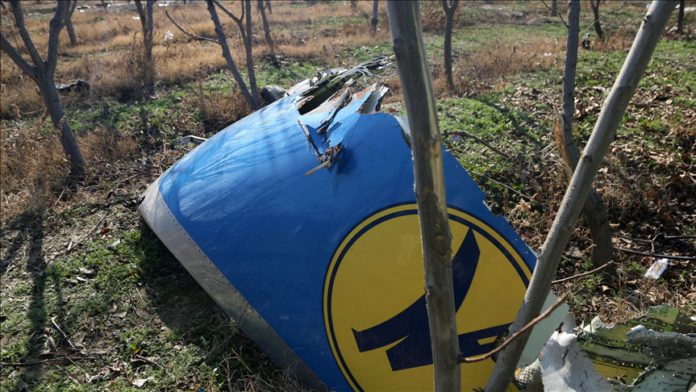 Iran committed multiple human rights violations in shooting down Ukraine International Airlines Flight PS752 in 2020 in which 176 people died and in what happened after the deadly incident, UN experts said Tuesday.

“The inconsistencies in the official explanations seem designed to create a maximum of confusion and a minimum of clarity,” Agnes Callamard, the UN special rapporteur on extrajudicial, summary or arbitrary executions, and other experts said.

“They seem contrived to mislead and bewilder,” she wrote in a 45-page official letter to Iran that was published Tuesday.

“As for the mistakes that have been admitted, they suggest at minimum a reckless disregard for standard procedures and for the principles of precaution, which should have been implemented to the fullest, given the circumstances and the location of the missile unit in the proximity of a civilian airfield,” said the letter.

On Jan. 8, 2020, an air defense unit of Iran’s Islamic Revolutionary Guard Corps (IRGC) fired two missiles at the Ukrainian plane, which was en route from Tehran to Kiev, killing all those on board.

The strike took place at a time of heightened tensions following the US’s targeted killing of top Iranian General Qasem Soleimani a few days earlier near Baghdad International Airport and Iran’s subsequent retaliation against two US bases in Iraq.

After a six-month-long inquiry into the killing of those on board the flight, Callamard in December 2020 sent to the Iranian government detailed observations and questions about the circumstances of the strike.

“I have yet to receive a response,” she said.

The letter highlights multiple international law violations by the Iranian authorities, most crucially breaches of the 176 passengers and crew’s right to life.

“In situations of high military tension, the most effective means to prevent attacks on civil aviation is to close the airspace,” she said.

“Had Iran, knowing full well that hostilities with the US could readily escalate, closed its airspace for civilian traffic that evening, 176 human beings would not have been killed.”

According to the Iranian investigation, flight PS752 was intentionally but mistakenly targeted by military personnel in the Revolutionary Guard Corps, who mistook the civilian aircraft for an incoming US missile that posed an imminent threat.

“The explanations provided by the Iranian authorities as to how the IRGC TOR Unit struck the civilian flight present many inconsistencies,” said the UN expert.

In one, Iran alleged that an error in the mobile missile unit’s alignment contributed to the mistaken targeting.

But Iran did not explain why this radar mis-calibration occurred, why it had not been detected, and how it led to the targeting.

Iran did not explain why the Revolutionary Guard Corps failed to follow the most basic standard procedures.

Contrary to the Revolutionary Guard Corps Aerospace Force commander’s allegation that the unit had only 10 seconds to decide to fire, it would appear that the unit had at least a 45-second decision window and possibly more time to evaluate the target.

The failures were further compounded by the Iranian government’s refusal, over three days, to admit that the plane had been shot down by its military, even though high-placed authorities knew almost immediately what had occurred.

“Instead of opening a proper investigation, the authorities allowed the crash site to be looted and then bulldozed, hampering the collection of evidence and depriving families of irreplaceable mementos of those whom they had lost,” Callamard said.

Iran claimed it had nothing to hide, yet it failed to carry out a full and transparent investigation in line with its international obligations.