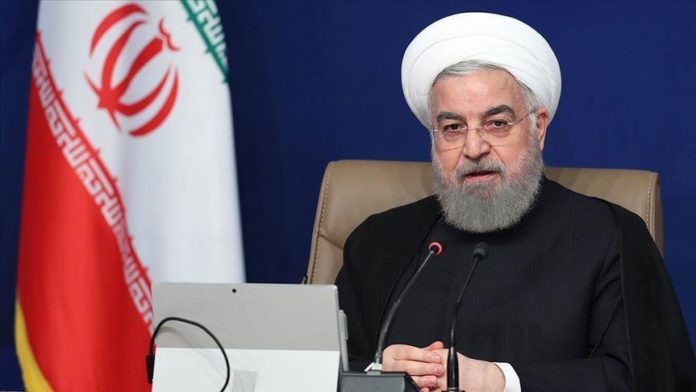 Iranian President Hassan Rouhani on Wednesday called for a halt in the hostilities between Armenia and Azerbaijan, saying that the dispute that flared up last weekend must be resolved in line with international law and territorial integrity.

“Stability and security can be the bedrock of development, and our region cannot withstand instability and a new war,” Rouhani said during a phone call with Armenian Prime Minister Nikol Pashinyan, according to a statement issued by the Iranian Presidency.

Underlining that war is not necessarily the solution to resolving problems and disputes, Rouhani said: “Any foreign intervention in this matter will not help resolve the problem, but will prolong conflicts and tensions and prolong the situation and make it more complicated.”

The Iranian leader called for an urgent end to the conflict between the two countries, saying Iran is ready to play any constructive role demanded by the two “friendly” nations.

“We should all seek to resolve the issues of the region through politics and international regulations,” he said.

France, Germany and Russia, among others, have called for an immediate halt to clashes in the occupied region.