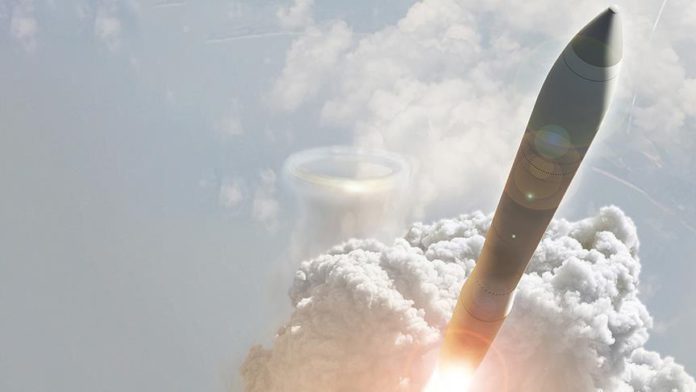 Iran’s elite revolutionary guard corps on Friday unveiled an underground anti-ship missile base along the shores of the Persian Gulf to the country’s south amid heightened tensions in the region.

Islamic Revolutionary Guard Corps (IRGC) chief Gen. Hossein Salami, said at the inauguration ceremony that the objective of the missile base in Hormozgan province was to “protect country’s territorial integrity and sovereignty.”

He said Iran is determined to “strengthen defensive and offensive power” to prevent its adversaries from “imposing their hegemonic will,” in a not-so-veiled reference to the US.

This came amid escalating tensions between Iran and the US after Washington dispatched warships to the Gulf and ordered aircraft carrier Nimitz to remain in the region, while strategic B-52 bombers also approached Iranian airspace above the Gulf multiple times over the last month.

A recent attack on the US Embassy in Baghdad which US officials have blamed on Iran-allied groups has sparked speculation that Tehran may be seeking to retaliate against the killing of top military commander Qassem Soleimani and nuclear scientist Mohsen Fakhrizadeh. Iran has rejected involvement in the US embassy attack.

“We believe our enemies do not accept the power of logic, but rely on the logic of power,” Salami said, gesturing towards the missiles docked in the underground base.

He said the missiles could hit targets within hundreds of kilometers and were able to deceive the defensive systems of “enemies.”

The unveiling also came after a massive week-long IRGC naval parade in the Gulf, in which around 700 light and semi-heavy vessels were exhibited, coinciding with the first anniversary since the assassination of Soleimani in a US airstrike in Baghdad.

Salami said the main objective of the exercise was to “send a message” that Iran’s armed forces are “ready to defend the vital interests” of the country.

Last week, Iran had seized a South Korean oil tanker in the Gulf, accusing it of “environmental pollution.” The two sides are presently negotiating its release, but Iran has demanded the unfreezing of $9 billion of assets in Seoul.