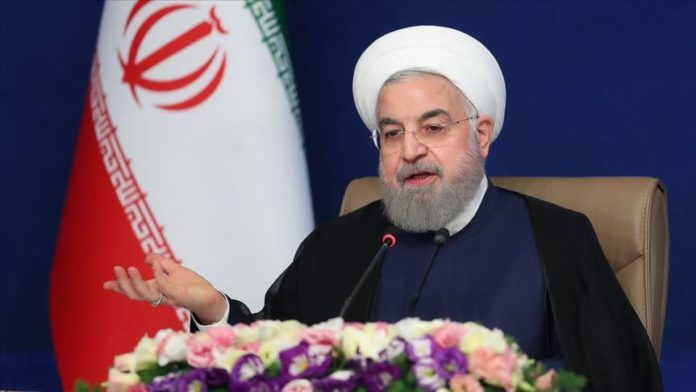 Iranian President Hassan Rouhani has accused the United Arab Emirates (UAE) and Bahrain of planning to grant Israel bases in the Gulf region, according to the official IRNA news agency.

“The rulers of some countries in the region that include religious Islamic people have no religion or loyalty. They [rulers] do not understand the regulations of religion or how to implement it, just as they have

abandoned their Arab identity and betrayed the Palestinian Arab people,” Rouhani said in a cabinet meeting on Wednesday.

On Tuesday, the UAE and Bahrain signed US-sponsored agreements to establish diplomatic relations with Israel.

Regarding the tension between Iran and the US, Rouhani referred to Washington’s failure to use the “trigger mechanism” to reinstate an arms embargo on Iran.

“We will witness a great victory on Saturday and Sunday and a scandalous defeat for America,” he said, without giving further details.

Rouhani stressed that Washington suffers from international isolation regarding its policies towards Iran and that only Israel and two or three small countries are standing by its side.

The Iranian president said that the European parties of the nuclear deal oppose the US policies against Iran.

The Iran nuclear accord, also known as the Joint Comprehensive Plan of Action (JCPOA), was signed in 2015 between Iran and Russia, China, France, the U.K. and the US plus Germany.

Tensions had been rising between the US and Iran since May 2018, when Washington unilaterally withdrew from the landmark deal. Washington has since embarked on a diplomatic and economic campaign to

put pressure on Iran in order to renegotiate the agreement.

As part of its campaign, the US has re-imposed sanctions on exports of Iranian crude oil, which have severely affected Iran’s economy.

November 8, 2020
We use cookies to ensure that we give you the best experience on our website. If you continue to use this site we will assume that you are happy with it.Ok