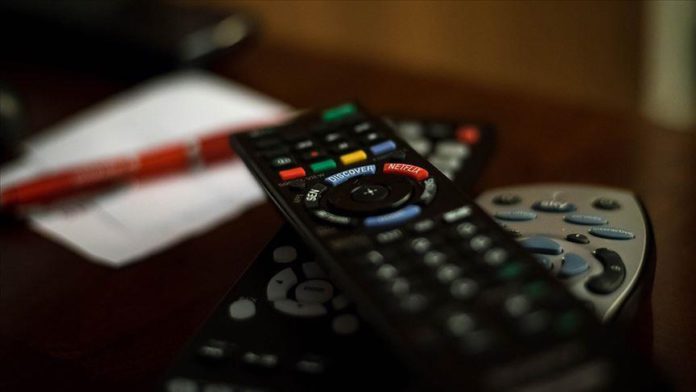 A popular television series, purportedly based on real-life stories, has stirred controversy in Iran after the country’s top diplomat slammed it as a “complete lie.”

The rebuke came after an episode aired last week was reportedly censored following the intervention of a senior government official, according to local media reports.

Gando, named after a rare species of crocodiles found in the country’s southeast, features Iranian intelligence sleuths and foreign spies as main protagonists in different episodes – stories that the makers claim are based on true incidents.

The Persian-language thriller drama, airing on Iran’s state-run television since 2019 and linked to a cultural center close to the Islamic Revolutionary Guard Corps (IRGC), has gained tremendous attention after its first two seasons but has also had its fair share of controversies.

Foreign Minister Javad Zarif, in a freewheeling conversation on social media forum Clubhouse on Wednesday evening, vehemently criticized the television series as “a lie from the beginning to the end.”

Referring to an episode that dealt with the recently signed long-term strategic cooperation agreement between Iran and China, he said some of the scenes had “caused mistrust” among Iranians regarding the country’s foreign policy.

The strategic pact, inked last Saturday during top Chinese diplomat Wang Yi’s visit to Tehran, has triggered apprehensions in the country regarding the scale of Chinese investments.

While President Hassan Rouhani’s government has dismissed reports of Beijing taking over strategic ports and military bases as part of the deal, rumors remain rife and continue to fuel doubt among Iranians.

Zarif, one of the architects of the strategic pact, stressed that giving any military bases to foreign countries would be a violation of Iran’s laws and national covenants.

He said there were multiple exchanges on the deal between Tehran and Beijing since 2016, with several drafts assessed by two sides before the final one was approved and signed.

He criticized the Gando series for spreading misinformation regarding the agreement but emphasized that “it will not work.”

According to director Javad Afshar, the drama is based on information from “security bodies that are responsible for the country’s protection.”

In the two seasons since 2019, the series has touched on many cases in which IRGC intelligence spies have arrested people on charges of espionage, while also throwing light on Iran’s foreign policy issues.

The first season revolved around a character named Michael, a fictional representation of Jason Rezaian, an Iranian-American journalist who was arrested by the IRGC in July 2014 on espionage charges and released in January 2016 in a prisoner swap deal.

The second season kicked off with scenes recreating the arrest and trial of dissident Iranian journalist and activist Rouhullah Zam in October 2019 on charges of instigating anti-government protests in Iran.

Zam was executed in December 2020 after being brought back from France.

A recent episode showed Iranian forces using speed boats and helicopters to intercept a British ship in the Persian Gulf.

Some scenes have also touched on the 2015 Iran nuclear deal, drawing severe criticism from government officials.

Importantly, conservative voices close to the IRGC have been critical of the agreement clinched with Western powers by the Rouhani government, which has run into troubled waters since the US withdrawal in May 2018.

President Rouhani and his close aides have also criticized the television series for its portrayal of politicians and political issues.

Last week, a “high-ranking member of the government” stepped in to block an episode of the series and demanded that the word “negotiating team” not be included in the series, according to the semi-government Iranian Students’ News Agency.