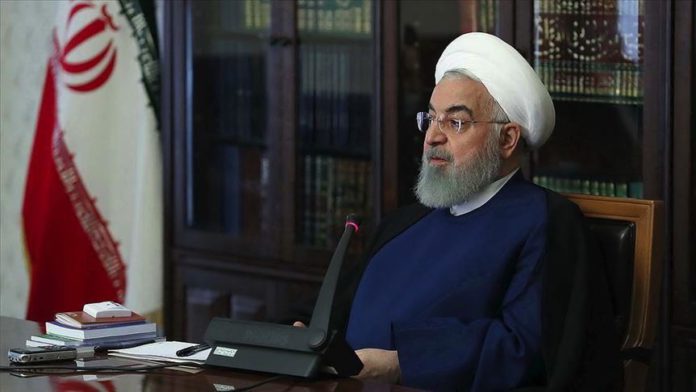 Iran will reopen mosques in districts that saw a decline in the number of coronavirus infections as of Monday, Iranian President Hassan Rouhani said.

Addressing a virus task force meeting on Sunday, Rouhani said mosques will be reopened in 132 towns and cities labeled “white” or “low-risk” areas, according to Iran’s Tasnim news agency.

“Today, we decided to reopen mosques and Friday prayers congregations as of tomorrow in 132 towns and cities which are regarded as ‘white’ areas, or ‘low-risk’ areas as some put it,” he said.

“Let me put it this way. Two acts are being done at mosques: an obligatory act and a religiously rewarding act. When worshippers maintain their distances, they are doing an obligatory action,” he said.

With 6,156 deaths, Iran is one of the Mideast countries hardest hit by coronavirus, which was first detected in the city of Qom on Feb. 19, and then spread throughout the country.

The government did not impose a total lockdown as seen in many other countries, but did close educational institutions and banned cultural, religious, and sports gatherings.

Authorities, meanwhile, have in phases since April 11 allowed the reopening of businesses closed as part of measures to contain the spread of the virus.

The pandemic has killed more than 244,000 people, with total infections at almost 3.45 million, while just over a million people have recovered from the disease, according to figures compiled by the US’ Johns Hopkins University.