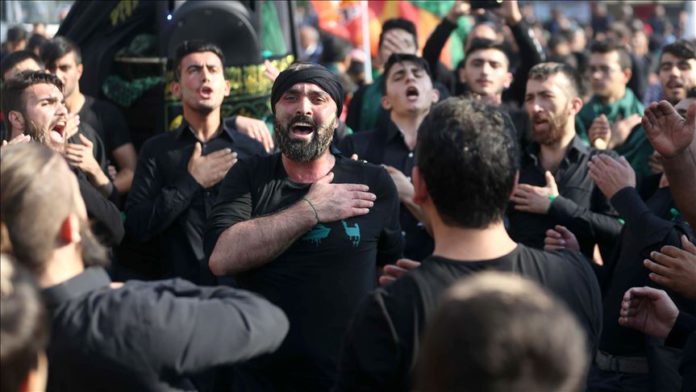 Iran’s President Hassan Rouhani said Wednesday the annual ceremonies of Ashura would go ahead this year, despite the spread of the coronavirus pandemic in the country.

Addressing a cabinet meeting in Tehran, Rouhani said the religious ritual would be held with full fervor but the gatherings would be required to follow health protocols.

Muharram, the first month of the Islamic lunar calendar, starts August 20 this year.

Shia Muslims hold mourning processions, which attract large crowds, on the month of Muharram to mark the martyrdom of Prophet Muhammad’s grandson, Imam Hussein, who was killed in a battle in the Iraqi city of Karbala in 680 AD. The day is commonly known as Ashura.

The outbreak of COVID-19 pandemic in Iran and alarming surge in new cases has forced the authorities to cancel many religious events.

However, Rouhani said the Muharram commemorations “cannot be canceled”.

“We will not allow anyone to question these annual Muharram commemorations and blame them for the surge in COVID-19 cases,” he said, emphasizing that the people participating in these commemorative ceremonies are expected to “voluntarily adhere to health protocols”.

Rouhani had made similar remarks on Saturday during a meeting of the anti-coronavirus taskforce in Tehran.

There has been an alarming surge in new pandemic cases in recent weeks, triggering panic and fear. On Wednesday, 2,636 new cases and 196 new fatalities were reported by the health ministry.

The total number of infections in Iran since the outbreak of the virus in mid-February has now reached 298,909 cases and death toll has jumped to 16,343.

On Tuesday, Iran recorded the highest single-day death toll – 235 – from the virus.

Last week, Rouhani said the total number of infections in Iran since February is estimated to be around 25 million and 35 million more people are likely to be affected until next year.

Iran was one of the first countries in the region to report the cases of the pandemic. Following the first wave of infections in March and April, authorities in Iran ordered closure of all mosques and shrines across the country.

However, following a drop in infections in May, the mosques were opened again. The main compounds of important shrines in the cities of Mashhad and Qom were also thrown open, attracting large numbers of domestic pilgrims.

Experts fear more cases of the virus if the Muharram religious gatherings are not held with strict religious protocols and social distancing measures.

The biggest gatherings in the month of Muharram are held in the cities of Tehran, Mashhad and Qom.