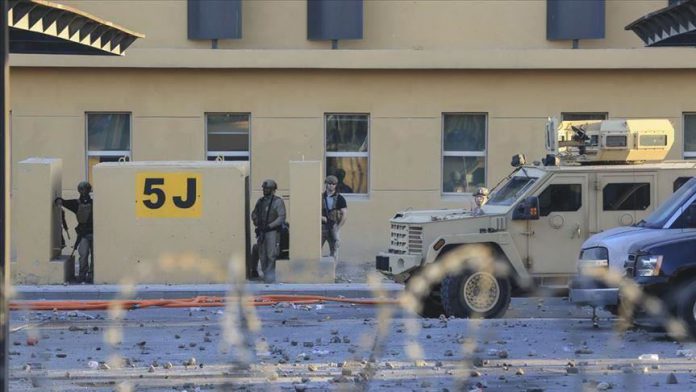 With Iran surrounded by dozens of U.S. military bases and nearly 65,000 American troops, uncertainty prevails on whether Washington’s killing of a top Iranian general will provoke an all-out war between the two nations.

The death of Iran’s Islamic Revolutionary Guards Corps (IRGC) Quds Force commander, Major General Qasem Soleimani, at the hand of a U.S. drone strike marked a dramatic escalation in tensions between the U.S. and Iran — which have long been at a fever pitch since U.S. President Donald Trump chose in 2018 to unilaterally withdraw Washington from a 2015 nuclear pact between world powers and

Read more: Iran surrounded by dozens of US bases as tension grows