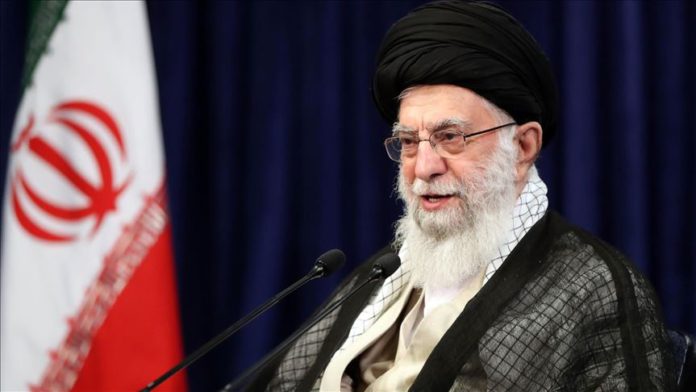 “Ask your President why he supports insulting God’s Messenger in the name of freedom of expression,” Khamenei said in a message to young French citizens on Twitter.

He said freedom of expression does not amount to insulting, especially a sacred personage. “Isn’t this stupid act an insult to the reason of the people who elected him?” he said.

Macron announced Oct. 2 a controversial plan to tackle what he called “Islamic separatism” in France, claiming Islam is in “crisis” all over the world, and he promised to “free Islam in France from foreign influences.”

Then last week, the French president defended blasphemous cartoons of Prophet Muhammad, saying France would “not give up our cartoons” after the brutal murder of teacher Samuel Paty, who showed provocative cartoons to a class of middle school students.

The past few days have witnessed the publication of cartoons insulting Prophet Muhammad in France, sparking a wave of anger and protests across the Islamic world as well as campaigns to boycott French products.