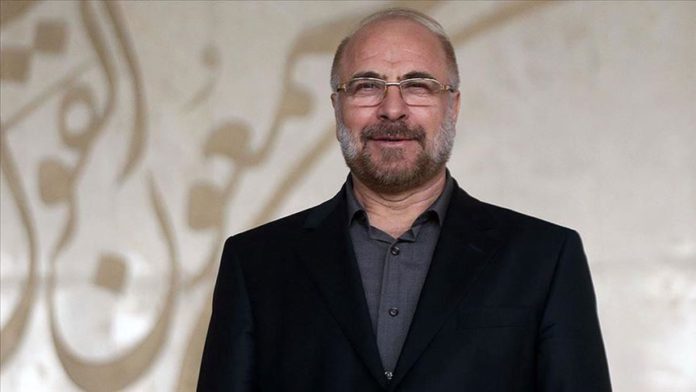 Iran’s Parliament Speaker Baqer Ghalibaf has criticized the “passive” reactions of the Hassan Rouhani’s government to the US move to re-impose sanctions on Tehran.

Speaking during a plenary session of parliament on Saturday, Ghalibaf said the “passiveness” in the face of the US “hostile actions” would only escalate the pressure of sanctions on the lives of the Iranian people.

He called on the government to take “active, smart and effective” measures against the US re-imposition of all pre-2015 sanctions on Iran.

Ghalibaf further said that the duty of officials is to “strengthen the people”, alluding to their “difficult living conditions and lack of economic support.”

Ghalibaf, who was elected as the parliament speaker after conservatives swept the February elections, has been a severe critic of Rouhani’s government.

A former IRGC commander and a leading conservative political figure, he has on several occasions criticized the government for signing the 2015 nuclear deal with the US and its European allies.

Ghalibaf ruled out any US policy change towards Iran following the November presidential election.

“When we believe in (the power of) people, we will win,” Ghalibaf said. “Whenever we forget them, we will face defeat in the blink of an eye”.

On Sunday, US Secretary of State Mike Pompeo said all UN sanctions have been re-imposed on Iran, including the permanent extension of arms embargo.

Iran and the other signatories of the 2015 nuclear accord have rejected the US move, saying it was legally flawed as Washington withdrew from the deal in May 2018.

Experts say the move is likely to escalate tensions between the two long-time adversaries, as the Iranian parliament dominated by the conservatives demands strong countermeasures.

Last week, the parliament’s national security and foreign policy committee had submitted a triple-urgency motion aimed to counter the US “maximum pressure campaign” on Iran.

Under the motion, the government will be obliged to take reciprocal measures, which includes lifting all restrictions on Iran’s nuclear program placed by the 2015 nuclear deal.

Officials say that Iran will consider ending the implementation of the Additional Protocol that the country had voluntarily accepted under the 2015 accord and the enrichment of uranium could go up to the level of 90,000 separate work units (SWUs).

While the Rouhani government, in a bid to avert the likelihood of confrontation with the US, has kept the door of negotiations open, provided Washington returns to the nuclear deal and lifts sanctions, the parliament is strongly opposed to any negotiations with the US.

The latest move by the Trump administration, experts say, could provoke Iran to quit the 2015 nuclear deal, which Europeans have tried hard to salvage.

In a letter to the US Security Council and the UN Secretary General on Sunday, Iran’s envoy to the UN Majid Takht Ravanchi said the US seeks to ruin the nuclear deal through “pseudo-legal arguments”.

Iran’s foreign ministry, in a statement on Sunday, said the approach adopted by the US government “amounts to a big danger to international peace and security as well as an unprecedented threat to the UN and the Security Council”.

The ministry further said that the US move “will be met with a serious reaction and (the US government) will be responsible for all the dangerous consequences of its move”.

Speculation is rife that the US is seeking confrontation with Iran to boost the chances of Donald Trump in the November election, where he faces democratic rival Joe Biden, who some experts believe could revive the 2015 deal and open negotiations with Iran.

“However, it remains to be seen who comes to power in Iran in next year’s general election,” Mahmoud Ghaffari, a strategic affairs analyst told Anadolu Agency. “If conservatives replace moderates, the chances of reconciliation would be very less.”