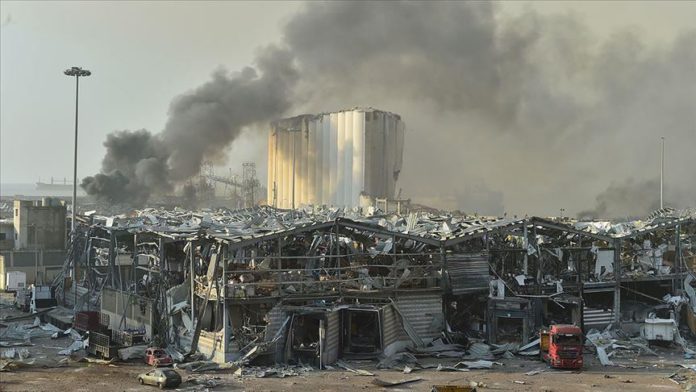 The devastating tragedy in Beirut on Tuesday has drawn tremendous outpouring of shock and grief around the world with many countries, including Iran, coming forward with offers of help.

Iran, one of Lebanon’s key allies in the region, dispatched the second shipment of humanitarian aid to Beirut on Thursday, following the first shipment late on Wednesday.

Iran has also set up a field hospital in Beirut and sent a 37-member medical team comprising general physicians, orthopedics, pediatricians, nursing specialists, and surgeons to provide services to victims of the tragedy, Mohammadi said.

Iran’s President Hassan Rouhani, during a Cabinet meeting on Wednesday, had asked the IRCS to provide “immediate” humanitarian aid and assistance to Lebanon.

“Iran announces its readiness to send medical aid to Lebanon and also offers treatment of the injured and other necessary medical assistance,” he said.

Iran’s Supreme Leader Ayatollah Ali Khamenei in a tweet on Wednesday also sympathized with the people of Lebanon and said Iran “stands by them in this painful tragedy”.

In a telephone call with his Lebanese counterpart on Wednesday, Health Minister Namaki offered to provide medical treatment to the victims of the explosion in Iranian hospitals.

The massive explosion that ripped through the bustling port of Beirut on Tuesday virtually decimated the lively city and destroyed its import-driven economy.

According to Lebanese officials, the damage from the explosion is estimated to be between $10-$15 billion. The Lebanese government has sought help from other countries to overcome the disaster.

At least 300,000 people in Beirut have been rendered homeless, according to Beirut Governor Marwan Abboud.

Although the blast has been linked to a huge stock of ammonium nitrate stored in a warehouse at the port, the real cause has not been determined yet.

Global watchdog Human Rights Watch has called on Lebanese authorities to invite international experts for an independent investigation into the devastating blast.