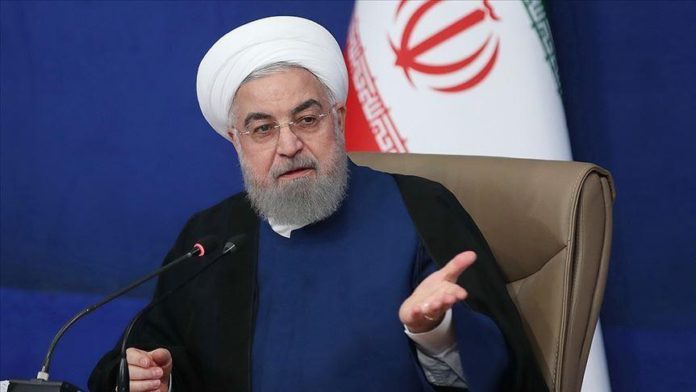 Iranian President Hassan Rouhani said Saturday his country has managed to contain the third wave of the coronavirus pandemic sooner than expected.

Speaking during a meeting in Tehran, Rouhani termed the current conditions in Iran as “favorable”, saying only four cities are presently marked red, where the situation remains tense.

He, however, warned that the situation can reverse if people stop strict adherence to health protocol.

Pertinently, the graph of new infections and fatalities in Iran has seen a significant drop in recent weeks following stringent restrictions imposed across the country.

Iran was one of the first countries in the Middle East region to report the cases of virus in mid-February last year.

So far, the country has recorded over 1.2 million cases and over 55,000 deaths, most of them during the second wave of the virus that peaked in hot summer months.

Rouhani praised the healthcare officials for their efforts and people for observing the healthcare guidelines, especially during the religious ceremonies this week.

However, echoing the words of the Health Ministry, the Iranian leader warned against dropping the guard and said the next few months could be critical in the fight against the virus.

The Iranian president said most of the businesses are active during the months of February and March and they can suffer economic losses if the virus makes a comeback.

Over 20,000 evacuated due to floods in Malaysia