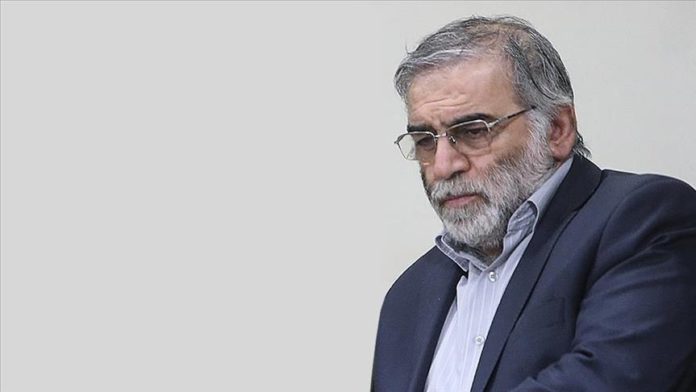 The killing of Iran’s top nuclear scientist by unknown assailants is being linked to Israel by senior political, military officials in Tehran.

Mohsen Fakhrizadeh, the top-notch nuclear scientist who headed research and innovation wing at Iran’s Defense Ministry, was killed on Friday on the outskirts of capital Tehran.

The second high-profile assassination this year after IRGC commander Gen. Qassem Soleimani’s killing in a US air strike in January, Fakhrizadeh’s killing has drawn strong reactions in Tehran.

Security analysts warn that the incident could spark a new round of tensions in the region, as top Iranian military officials have vowed “strong retaliation”.

The fingers are being unequivocally pointed at Tehran’s bitter adversary Israel.

The top nuclear scientist was attacked in Damavand county near Tehran after assailants blew up a vehicle and then opened fire at his vehicle, wounding him and others with him.

The injured were rushed to a nearby hospital where Fakhrizadeh succumbed to his injuries. Others are believed to be in critical condition.

Foreign Minister Javad Zarif was among the first to condemn the nuclear scientist’s killing, saying Israel was “likely to have been involved” in it.

Condemning the killing, Iran’s Parliament Speaker Mohammad Baqer Qalibaf, said the time for “appeasement politics” is over and it’s time to “exact revenge” for the scientist’s killing.

Iran’s Chief of Army Staff Gen. Mohammad Baqeri also issued a statement, accusing the “terrorists” affiliated with Israel of killing “one of the managers and servants” of Iran’s defense industry.

Baqeri, who had a long association with the slain scientist, termed it a “heavy blow” to the country’s defense sector and said the “hard revenge” awaits them.

Iran’s Defense Minister Amir Hatami said the killing of Fakhrizadeh, who worked in his ministry, shows “the depth of enemies’ hatred towards the Islamic Republic”.

He said the Israelis, in the last days of their “gambling ally”, referring to Donald Trump administration, are making “every effort to ignite an all-out war” with Iran, adding that they will “regret their act”.

The top commander of IRGC Gen. Hossein Salami termed the killing a provocation by “dominant powers” for “confrontation with Iran”.

Intelligence Minister Mahmoud Alavi, in a strongly-worded statement, said his country “will take revenge from the perpetrators” of the act.

The speculation over Israel’s hand in the attack has been further reinforced by Israel Prime Minister Benjamin Netanyahu’s statement quoted in the Israeli media hours after the incident.

“I can’t share with you some of the things that I did this week, but I would tell you that there is something moving in the Middle East,” he was quoted as saying by an Israeli news channel.

He also spoke of “tense period ahead” for his country, without divulging details.

Reports have been doing rounds about the Israeli premier’s visit to Saudi Arabia, although denied by Riyadh, where he was joined by the US Secretary of State Mike Pompeo, which some analysts saw as a precursor to military confrontation with Iran in the final weeks of Trump’s presidency.

Fakhrizadeh had been on the radar of Israeli spy agency for a long time, according to informed sources. He had even survived a few assassination bids in the past.

Due to high threat perception, Fakhrizadeh had been under the protective shield of Iran’s security agencies, sources said. His pictures were also not published in the media.

In 2011, a report by the UN nuclear watchdog identified him as a “key figure” in Iran’s nuclear program. He was the only Iranian official mentioned in the report.

The agency sought permission to meet the scientist, which was turned down by the Iranian government.

Fakhrizadeh is the latest victim of a series of attacks on prominent Iranian nuclear scientists in recent years, which Iran has always blamed on Israel.

His killing came on the eve of the assassination anniversary of another senior nuclear scientist Majid Shahriari, who was killed in a car bomb blast in Tehran on Nov. 29, 2010.

Shahriari was believed to have played a key role in one of the biggest nuclear projects in Iran.

Massoud Ali Mohammadi, a senior nuclear scientist was one of the first to be targeted in January 2010 with a remote-controlled bomb in Tehran. He is believed to have been close to Fakhrizadeh.

Mostafa Roshan, a 32-year old nuclear scientist, was also killed in the same month in a bomb explosion in Tehran, the youngest of them.

While Fakhrizadeh’s killing is being termed as a “big blow” to Iran’s nuclear program, Abolfazl Amouei, the spokesman for parliament’s national security and foreign policy commission, said it will not affect the progress.

Amouei said the nuclear know-how is generally “indigenized” and the top scientist’s assassination will only prompt them to develop it further.

Tensions between Tehran and Washington have been high since 2018 when the Trump administration in a surprising move quit the 2015 nuclear accord, terming it a “horrible, one-sided deal”.

It was followed by re-instatement of sanctions on Iran, which only got worse with time. A year after, in May 2019, Iran responded by reducing its commitments under the deal.

Earlier this month, the International Atomic Energy Commission (IAEA) said Iran now has 12 times the amount of enriched uranium than was allowed under the 2015 nuclear deal.

The election of Joe Biden as the new US president had rekindled hopes of US administration’s return to the deal and Iran’s return to its commitments under the deal.

However, today’s attack, experts believe, could lead to a new spell of tensions between Iran and the US. The likelihood of “military retaliation” by Iran or its regional allies against Israel cannot be ruled out.