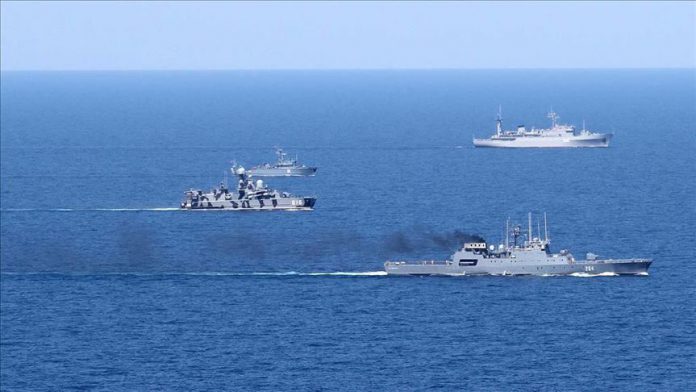 Iran, Russia and China began joint military exercise in the Arabian Sea and north of the Indian Ocean, according to an Iranian news agency on Friday.

Iran’s semi-official Tasnim news agency reported that the military exercise by the navies of Iran, Russia, and China will cover an area of 17,000 kilometers and it will last four days.

Speaking about the drill, dubbed Marine Security Belt, the deputy commander of the Iranian Navy Admiral Gholamreza Tahani explained the purpose of the exercise as “to strengthen security and its foundations in the region”.